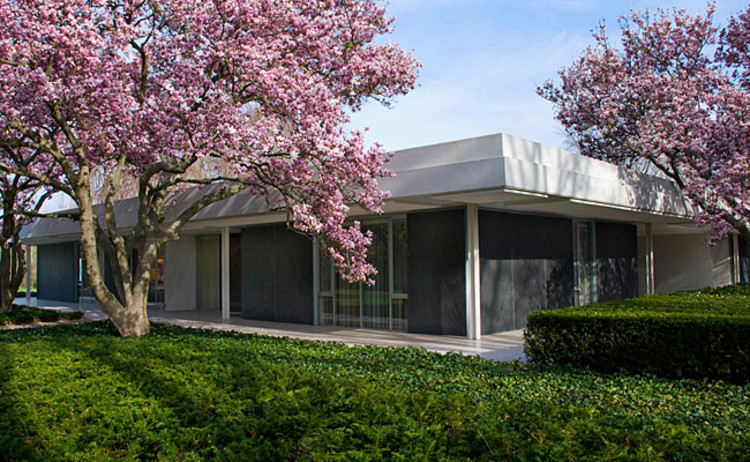 Commissioned by industrialist and philanthropist J. Irwin Miller and his wife Xenia Simons Miller in 1953, Miller House expands upon an architectural tradition developed by Ludwig Mies van der Rohe—epitomizing the international Modernist aesthetic—with an open and flowing layout, flat roof and stone and glass walls. The rooms, configured beneath a grid pattern of skylights supported by cruciform steel columns, are filled with textiles that feature strong colors and playful patterns. Amid the residence’s large geometric gardens, its grandest feature is an allée of honey locust trees that runs along the west side of the house. In 2000, the Miller House became the first National Historic Landmark to receive its designation while one of its designers, Dan Kiley, was still living, and while still occupied by its original owners. The house showcases the work of leading 20th-century architects and designers Eero Saarinen, Alexander Girard, and Dan Kiley.

Miller House and Garden is part of the Newfields complex, which also includes