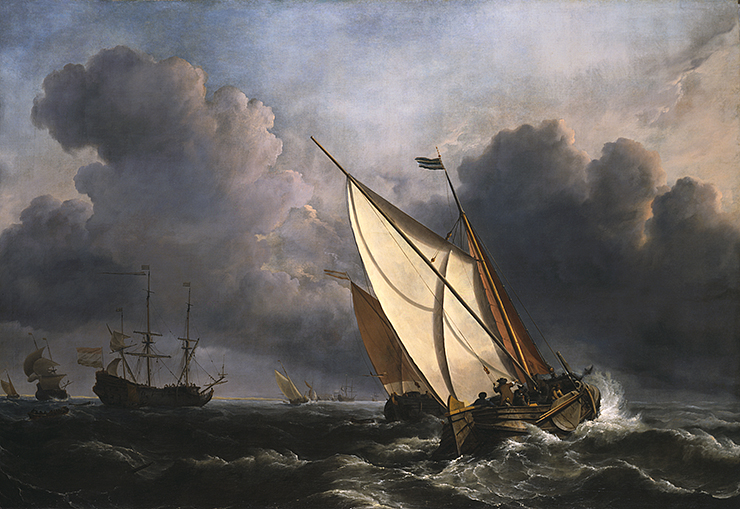 The Dutch rose to greatness from the riches of the sea. Dutch-designed cargo ships revolutionized marine transport and helped Dutch traders become the leaders of maritime commerce, while Dutch shipyards produced warships that made the Admiralty a powerful naval force. The water, central to their economic and naval prosperity, was also a source of pleasure and enjoyment for the Dutch. In the warm summer months, dune-covered beaches offered scenic vistas, while in the winter, frozen canals provided a place for people of all ages to skate, play, and enjoy the outdoors. Within this nation of merchants, engineers, sailors, and skaters, it is no wonder marine paintings became a favorite subject for artists and collectors alike.