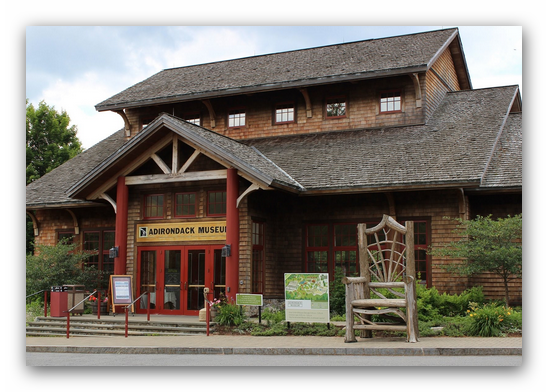 The artifact and library collections of the Adirondack Experience are the largest dedicated to the history of human activity in the Adirondack Park. The museum has been collecting since 1955, and continues to add to the collection to preserve and share the region’s heritage for present and future generations. Each one of the thousands of artifacts has a story to tell, old or new, serious or silly. In Telling Tales, the curators will delve into some of our more recent additions, highlighting an eclectic and fascinating assortment of objects that have never before been seen on exhibit.

Artifacts will include a rare example of 1840s “lily pad” glass made by the Redford or Redwood Glass Company; mid-20th century architectural drawings from the Saranac Lake firm of Wareham Delair; a woman’s hand-sewn traveling outfit from the Hand family in Elizabethtown, circa 1855; linoleum rugs used in the Waddell family home in Wevertown from the 1920s and 1930s; a poster advertising the Lake Placid Club designed by Amy Jones in the 1930s; a late-19th century bucket and pitcher manufactured by the United Indurated Fibre Company of paper, used in a Tupper Lake camp; and an inlaid marquetry table hand crafted by farmer Willis Coleman in the 1930s.