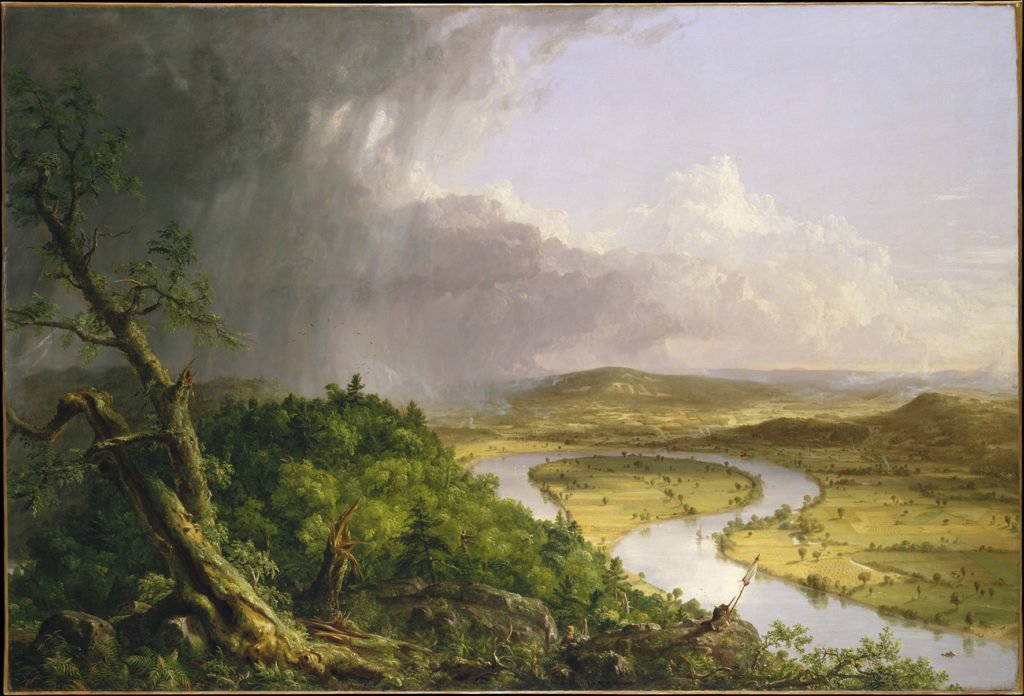 This exhibition establishes Thomas Cole as a major artist of the 19th century within a global context. The artist's most iconic works, including The Oxbow (1836) and his five-part series The Course of Empire (1834–36) will be presented for the first time as a direct outcome of his transatlantic career.

Celebrated as one of America's preeminent landscape painters, Thomas Cole (1801–1848) was born in northern England at the start of the industrial revolution, immigrated to the United States in his youth, and traveled extensively throughout England and Italy as a young artist. He returned to America to create some of his most ambitious works and inspire a new generation of American painters. This exhibition will examine for the first time the artist's career in relation to his European roots and travels, establishing Cole as a major figure in 19th-century landscape art within a global context.

Thomas Cole's Journey marks the 200th anniversary of Cole's first Atlantic crossing, when he emigrated from England to the United States in 1818, and examines in depth Cole's return journey to England in 1829–31 and his travels in Italy in 1831–32, revealing the development of his artistic processes. Seminal works created by the artist in the years immediately after his return to New York, between 1832 and 1837—notably The Oxbow and The Course of Empire—are presented as a culminating creative response to his complex experiences of British art and society and of Italian history and landscape. In addition, Cole's abiding passion for the American wilderness resulted in his fervent visual warning in these paintings to his fellow American citizens of the harsh ecological cost of unchecked development of the land.

This exhibition brings to prominence the dialogue between American and European artists in the mid-19th century by hanging Cole's work in direct juxtaposition with works he studied on his formative journey, including paintings by J. M. W. Turner and John Constable, among others. It concludes with an examination of Cole's extraordinary legacy in the work of the next generation of American landscape painters whom he personally mentored, notably Asher B. Durand and Frederic E. Church.

Whether you go or not, the exhibition catalog, Thomas Cole's Journey: Atlantic Crossings, reexamines Cole's seminal works of 1832–1836 -- notably The Oxbow and Course of Empire -- as a culminating response to his experiences of British art and society and of Italian landscape painting. These, combined with Cole’s passion for the American wilderness and his horror of the industrial revolution in Britain, led him to create works that offer a distinctive, even dissident, response to the economic and political rise of the United States and the ecological changes then underway. This groundbreaking book also discusses Cole’s influence on later artists, from Frederic Edwin Church to Ed Ruscha.

Arguably the greatest American landscape artist of his generation, Cole is presented here in a new light: as an international figure, born in England, and in dialogue with the major landscape painters of the age, including J.M.W. Turner and John Constable. Cole traveled in Europe from 1829 to 1832.

Select Thomas Cole's Journey: Atlantic Crossings to learn more or to place this book in your Amazon shopping cart.