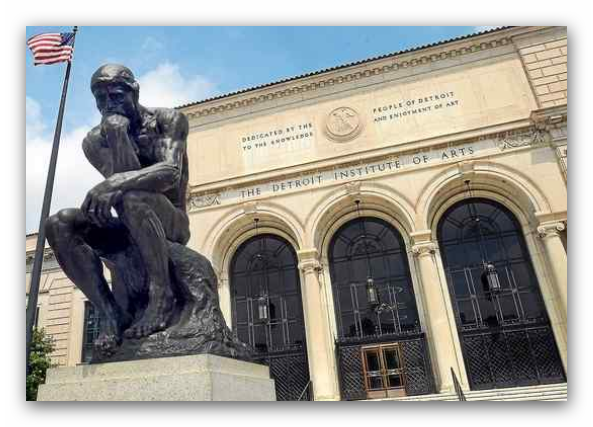 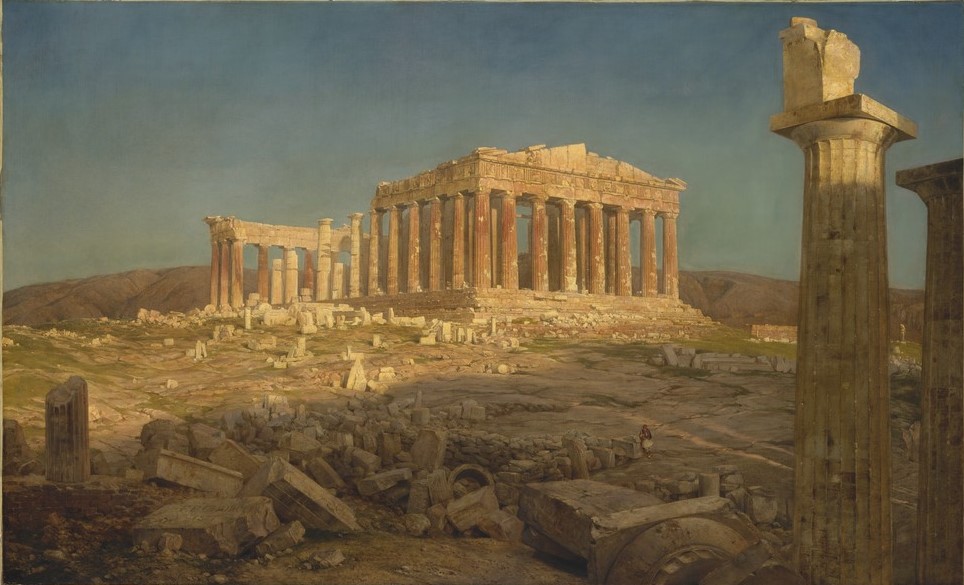 Frederic Church: A Painter’s Pilgrimage, organized by the Detroit Institute of Arts, features more than fifty paintings and studies that Church completed during and after his 1867–1869 trip to the Near East, Rome, and Greece. Church specialized in the production of dramatic, large-scale views of well-known but remote places which few members of his public had seen for themselves, such as The Andes of Ecuador in Reynolda’s collection, painted after a trip to South America in 1853. Church was the first major American painter to visit either the Near East or Greece, and he had good reason to believe that his views of the area would be well received in the art market.

But Church had other, more private reasons for wanting to make this exotic trip. Created in the aftermath of the Civil War, these paintings show Church turning his attention from nature to history, focusing on the rise and fall of civilizations as a way of dealing with loss that was both national and personal. In his paintings of ancient cities and temples, we can see Church’s struggle to make sense of the tragedies of human life and history. The power of these landscapes derives from their ability to express both awe at the apparently inhumane power of nature and a consoling faith in the presence of the divine.

Whether or not you go, the accompanying book, Frederic Church: A Painter's Pilgrimage  brings together the artist’s major paintings of Athens, Rome, Jerusalem, and the surrounding region. Frederic Church (1826–1900), one of the leading painters of 19th-century America and the Hudson River School, also journeyed around the globe to find fresh inspiration for his highly detailed compositions. Among Church’s lesser-known masterpieces are his paintings of the Middle East, Italy, and Greece, produced in the late 1860s through late 1870s, which explore themes of human history and achievement.

Taking a closer look at this geographical and thematic shift in Church’s practice, this handsome book concentrates on a set of six major paintings of architectural and archaeological marvels; one essay also spotlights Olana, Church’s home in New York State, which reflects the influence of Middle Eastern design. This impressive volume stands apart in its new approach to the artist’s work and its quest to determine why and how this quintessentially American figure was drawn to scenery and themes from the other side of the globe.