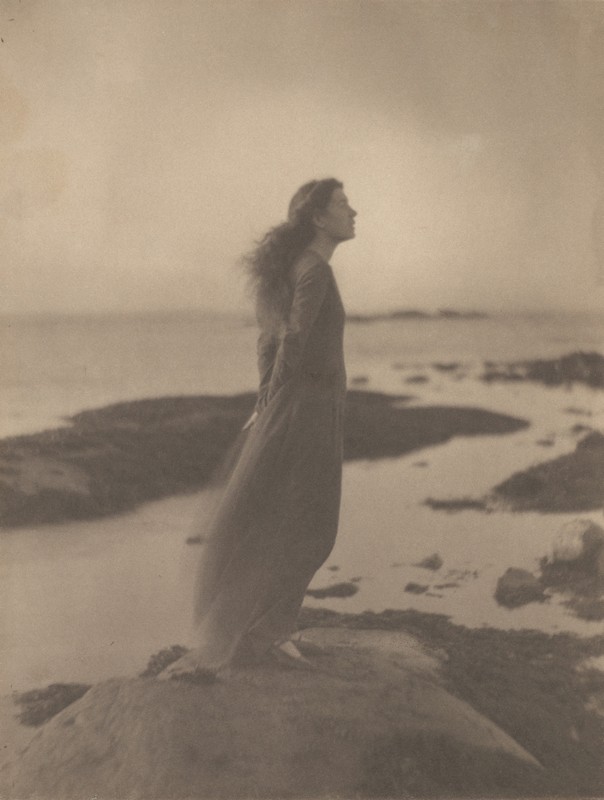 This exhibition spotlights the work of Clarence White (1871-1925), a founding member of the Photo-Secession, a gifted photographer celebrated for his beautiful scenes of quiet domesticity and outdoor idylls, and an influential teacher and photographic mentor. The first retrospective devoted to the photographer in over a generation, this exhibition and accompanying publication will survey White’s career from his beginnings in 1895 in Ohio to his death in Mexico in 1925 and, importantly, will locate his work within the contexts of the international Arts and Crafts movement, the development of photographic magazine illustration and advertising, and the redefinition of childhood and the domestic sphere.

Whether or not you go, you can bring the exhibition into your home. The exhibition catalogue, Clarence H. White and His World: The Art and Craft of Photography, 1895-1925, offers a new appraisal of White’s contributions, including his groundbreaking aesthetic experiments, his commitment to the ideals of American socialism, and his embrace of the expanding fields of photographic book and fashion illustration, celebrity portraiture, and advertising. Based on extensive archival research, the book challenges the idea of an abrupt rupture between prewar, soft-focus idealizing photography and postwar “modernism” to paint a more nuanced picture of American culture in the Progressive era.

The book begins with the artist’s early work in Ohio, which shares with the nascent Arts and Crafts movement the advocacy of hand production, closeness to nature, and the simple life. White’s involvement with the Photo-Secession and his move to New York in 1906 mark a shift in his production, as it grew to encompass commercial portraiture and an increasing commitment to teaching, which ultimately led him to establish the first institutions in America to combine instruction in both technical and aesthetic aspects of photography.The book also incorporates new formal and scientific analysis of White’s work and techniques, a complete exhibition record, and many unpublished illustrations

Tap Clarence H. White and His World: The Art and Craft of Photography, 1895-1925 to learn more, or to place this publication in your Amazon shopping cart.