Golden Kingdoms: Luxury and Legacy in the Ancient Americas

This landmark exhibition of luxury arts of the Incas, the Aztecs, and their predecessors will trace the emergence and florescence of gold-working in the ancient Americas, from its earliest appearance in the Andes to its later developments farther north in Central America and Mexico -- from about 1000 BC to the arrival of Europeans in the early sixteenth century. In the ancient Americas, metalworking developed in the context of ritual and regalia, rather than for tools, weapons, or currency. Golden Kingdoms will reveal the distinctive ways ancient Americans used not only metals, but also jade, shell, and feathers—materials often considered more valuable than gold. Bringing together newly discovered archaeological finds and masterpieces from major museums in Latin America, Europe, and the United States, this exhibition will cast new light on these ancient civilizations and their place within world history. 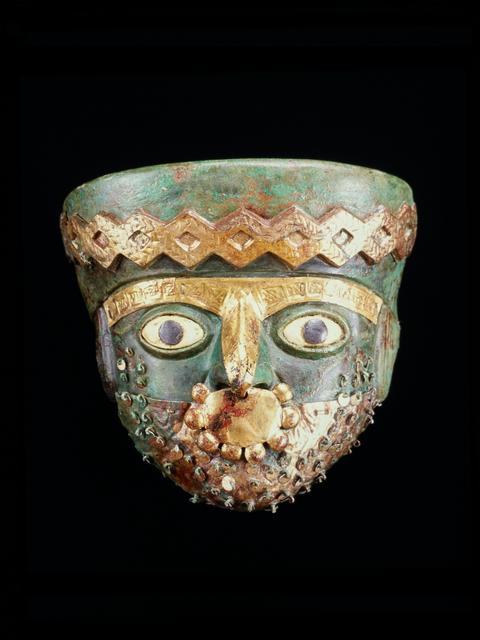 Golden Kingdoms will focus on specific places and times—crucibles of innovation, moments of exceptional achievement in the arts—to explore how materials were selected and transformed, imbued with meaning, and deployed in the most important rituals of their time. Recent investigation into the historical, cultural, social, and political conditions under which such works were produced and circulated has led to new ways of thinking about materials, luxury, and the visual arts from a global perspective. This unprecedented exhibition will feature more than 300 works from 53 lenders in 12 countries.

Whether you go or not, the companion catalog, Golden Kingdoms - Luxury Arts in the Ancient Americas, features spectacular works from recent excavations in Peru, Colombia, Panama, Costa Rica, Guatemala, and Mexico. The book explores not only artistic practices but also the historical, cultural, social, and political conditions in which luxury arts were produced and circulated, alongside their religious meanings and ritual functions. Golden Kingdoms creates new understandings of ancient American art through a thematic exploration of indigenous ideas of value and luxury. Central to the book is the idea of the exchange of materials and ideas across regions and across time: works of great value would often be transported over long distances, or passed down over generations, in both cases attracting new audiences and inspiring new artists. The idea of exchange is at the intellectual heart of this volume, researched and written by twenty scholars based in the United States and Latin America.