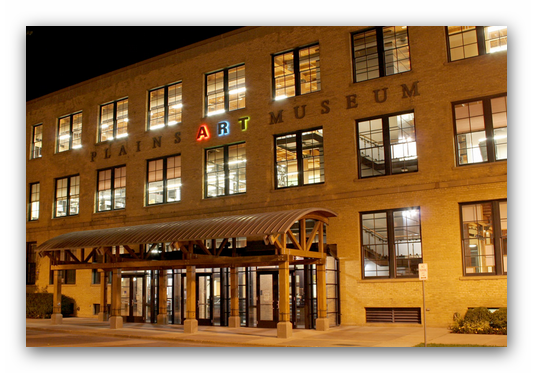 Truman Lowe is a Ho Chunk sculptor and installation artist noted for his poetic ability to transform wood into water. Cultural Confluence traces the origins and evolution of his practice, from the traditional splint-plait baskets that Lowe learned how to make at an early age from his parents to the large-scale installation Ottawa which explores both the surface of and earth beneath a stream. The lyrical sculptures in Cultural Confluence unearth the power of water manifest in the riverbed, water surface, and vessel.

Lowe is a professor emeritus of art at the University of Wisconsin-Madison and former curator of contemporary art for the Smithsonian Institution’s National Museum of the American Indian. He is regarded as “the preeminent Native sculptor of his generation” for his unique innovations as a contemporary sculptor.

Born in 1944 in Black River Falls, Wisconsin, a predominantly Ho Chunk community, Lowe’s abstract sculpture, through the use of natural materials and traditions and the exploration of Native themes, reflects his childhood engagement with the natural world. While his sculpture draws heavily from his Native American upbringing, it also draws on his formal education. Lowe earned a B.S. in Art Education from the University of Wisconsin-La Crosse in 1969, and went on to earn a M.F.A. in sculpture from the University of Wisconsin-Madison in 1973.

Whether you goor not, Woodland Reflections: The Art of Truman Lowe explores his art and influences. His large abstract works in wood and metal are inspired by many elements of Lowe’s world, among them river eddies, willows, waterfalls, bluffs and dunes, and the architecture of the handmade canoe. An internationally acclaimed artist whose works are displayed in major museums, Lowe grew up on the banks of Wisconsin’s Black River, where his parents were skilled makers of splint-plait baskets and other crafts from their Ho-Chunk tradition. There are relatively few books on contemporary fine art made by Native Americans, and many of these reproduce old stereotypes. This amply-illustrated book is a specific and respectful treatment of a Native artist as an artist. It examines Lowe’s work in multiple contexts, including his personal history and the social, political, intellectual, and cultural spheres in which he lives and works. The artist’s voice throughout the book is clear and constant: the text is based on extensive interviews with Truman Lowe and on the recent history of the Wisconsin Ho-Chunk. Equally important, the book relates Lowe’s art both to mainstream modernist art theory and to contemporary cultural theories of Native critics and scholars.