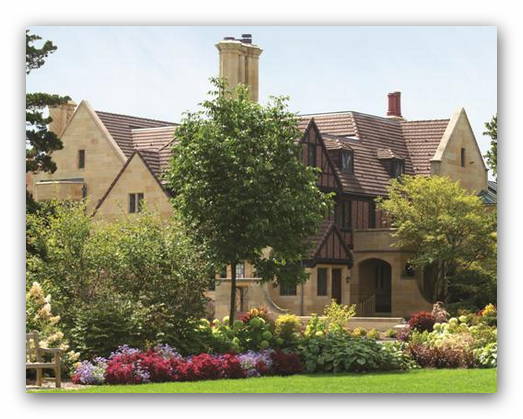 Kirsty Mitchell is an award-winning fine art photographer from Surrey, England. For the past six years, she has worked on a deeply personal photographic series dedicated to her mother, Maureen, who passed away from a brain tumor in 2008. Kirsty began the project as an escape from reality and a way of coming to terms with her grief. Trained as a fashion designer, she created elaborate costumes and props and collaborated with hair and make-up artist Elbie Van Eeden to compose and then photograph astonishingly beautiful, fantastical scenes in the lush local landscape. Within months of the series’ inception, Wonderland quickly gained a world-wide following as viewers became connected to the artworks and the intense emotions that inspired them.

What started as a small summer project in Kirsty's kitchen, suddenly grew into a life-changing journey filled with extraordinary theatrical characters and bursting with all the colors of the passing English seasons. The series culminated in the 2015 publication of The Wonderland Book and, due to overwhelming demand, a second-edition printing in Fall 2016. Featuring a selection of large-scale artworks accompanied by videos documenting the artist’s creative process, this exhibition is the first to introduce Wonderland to American museum audiences.

Whether or not you go, Fairy Tale Fashion is a conceptually innovative and visually stunning investigation of the interconnected worlds of high fashion and fairy tales. Dress plays a crucial role in fairy tales, signaling the status, wealth, or vanity of particular characters, and symbolizing their transformation. Fairy tales often provide  little information beyond what is necessary to a plot, but clothing and accessories are frequently vividly described, enhancing the sense of wonder integral to the genre. Cinderella’s glass slipper is perhaps the most famous example, but it is one of many enchanted or emblematic pieces of dress that populate these tales.

This is the first book to examine the history, significance, and imagery of classic fairy tales through the lens of high fashion. A comprehensive introduction to the topic of fairy tales and dress is followed by a series of short essays on thirteen stories: “Cinderella,” “Little Red Riding Hood,” “The Fairies,” “Sleeping Beauty,” “Beauty and the Beast,” “Snow White,” “Rapunzel,” “Furrypelts,” “The Little Mermaid,” “The Snow Queen,” “The Swan Maidens,” Alice's Adventures in Wonderland, and The Wonderful Wizard of Oz. Generously illustrated, these stories are creatively and imaginatively linked to examples of clothing by Comme des Garc¸ons, Dolce and Gabbana, Charles James, and Alexander McQueen, among many others.