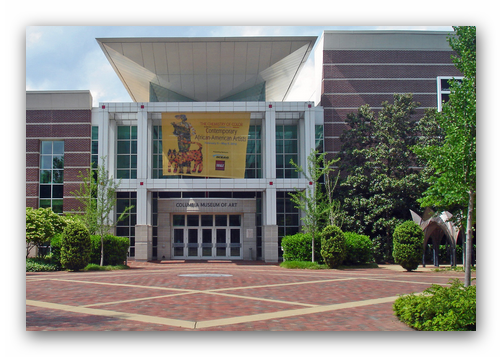 That '70s Show Cool Art from the Collection

This exhibition gives us a chance to explore rarely seen works from a decade-sized slice of the CMA’s collection of contemporary art. That '70s Show draws on the amusing nostalgia for the “decade that taste forgot,” while showing a complicated portrait of art, current events, and identity in America. In contemporary art, the lingering effects of hard-edge modernism rubbed elbows with the messiness of tie-dye while pop art’s consumerist legacy existed alongside the simplicity movement. It was a time that claimed equal rights for all people and all forms of artmaking, from collage to op art. This exhibition is both a meaningful examination of art and history and a light and fun summer viewing experience.

Whether or not you go, Art in America 1945-1970: Writings from the Age of Abstract Expressionism, Pop A: is an experience of the creative explosion that transformed American art, in the words of the artists, writers, and critics who were there. In the quarter century after the end of World War II, a new generation of painters, sculptors, and photographers transformed the face of American art and shifted the center of the art world from Paris to New York. Signaled by the triumph of abstraction and the ascendancy of painters such as Pollock, Rothko, de Kooning, and Kline, this revolution generated an exuberant and contentious body of writing without parallel in our cultural history. In the words of editor Jed Perl, “there has never been a period when the visual arts have been written about with more mongrel energy—with more unexpected mixtures of reportage, rhapsody, analysis, advocacy, editorializing, and philosophy.” Perl has gathered the best of this writing together for the first time, interwoven with fascinating headnotes that establish the historical background, the outsized personalities of the artists and critics, and the nature of the aesthetic battles that defined the era. Here are statements by the most significant artists, and major critical essays by Clement Greenberg, Susan Sontag, Hilton Kramer, and other influential figures. Here too is an electrifying array of responses by poets and novelists, reflecting the free interplay between different art forms: John Ashbery on Andy Warhol, James Agee on Helen Levitt, James Baldwin on Beauford Delaney, Truman Capote on Richard Avedon, Tennessee Williams on Hans Hofmann, Jack Kerouac on Robert Frank. The atmosphere of the time comes to vivid life in memoirs, diaries, and journalism by Peggy Guggenheim, Dwight Macdonald, Calvin Tomkins, and others. Lavishly illustrated with scores of black-and-white images and a 32-page color insert, this is a book that every art lover will treasure.

Art in America 1945-1970: Writings from the Age of Abstract Expressionism, Pop A: