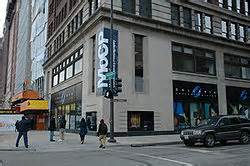 UMBRA is an exhibition consisting of photography and multimedia works by acclaimed fashion photographer Viviane Sassen (Dutch, b. 1972).

The work in UMBRA, which means shadow in Latin, emphasizes the play of light and shadow that is characteristic of her work. The artist is also known for her alluring color photographs in which form and content balance on the edge of abstraction. Most recently, Sassen was awarded the Society’s Honorary Fellowship award from The Royal Photographic Society, Bath, UK, (2015), and received the Gold Medal Deutsche Fotobuchpreis for Best Photobook 2016, Stuttgart, Germany (2015).

Whether you go or not,  Viviane Sassen: Umbra explores the concept of shadow in a series of stunning images. Based on an award-winning exhibition, Viviane Sassen's new book focuses on a common theme in her photographs: shadow. In this book she leads us through a series of thought-provoking takes on the concept--shadow as metaphor for anxiety and desire; as a symbol of both memory and hope for the future; and as an evocation of imagination and illusion. Sassen's work is renowned for its deft interplay between realism and abstraction. Here that characteristic emerges in the dramatic use of light, shadow and color, as well as the adroit cropping of images and interventions on the prints. This lovely book brilliantly accentuates Sassen's contrasting color schemes to reinforce the idea of shadow creating an enthralling tactile and visual experience.