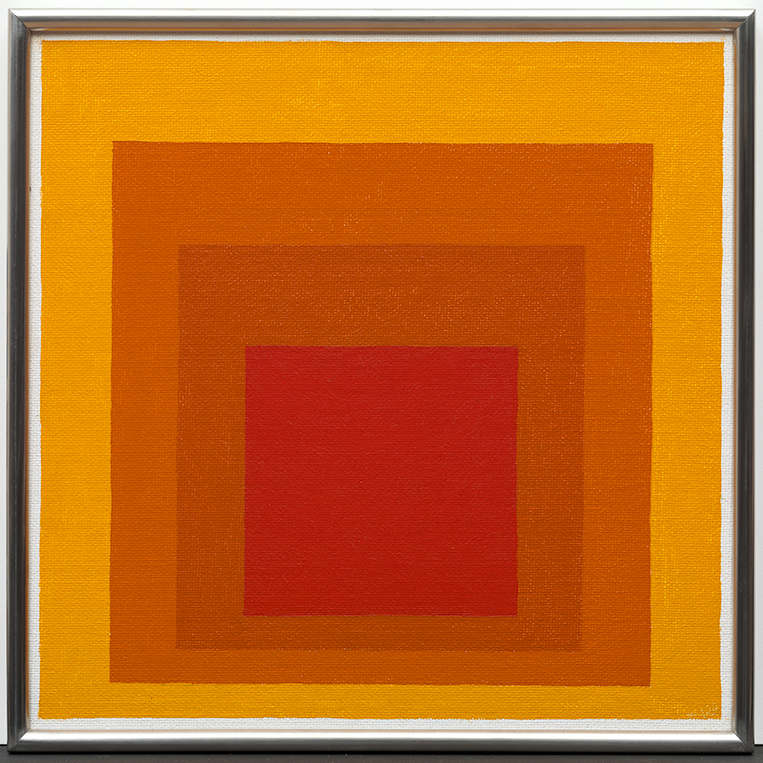 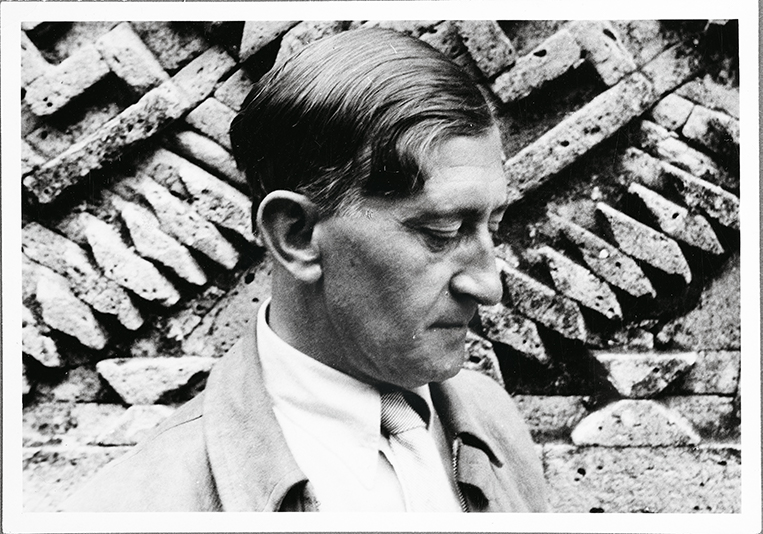 On his first trip to Mexico, in 1935, Josef Albers (1888-1976) encountered the magnificent architecture of ancient Mesoamerica. He later remarked in a letter to Vasily Kandinsky, a former colleague at the Bauhaus, “Mexico is truly the promised land of abstract art.” With his wife, artist Anni Albers (1899- 1994), Josef Albers visited Mexico and other Latin American countries nearly a dozen times from 1935–67. They saw numerous archeological sites and monuments, especially in Mexico and Peru. On each visit, he took hundreds of black-and-white photographs of the pyramids, shrines, and sanctuaries at these sites, often grouping multiple images printed at various scales onto 8 by 10 inch sheets.

Included in the exhibition are rarely seen early paintings by Albers, including Homage to the Square and Variant/Adobe series, works on paper, and a rich selection of photographs and photocollages, many of which have never before been on view. Accompanying the artworks are a series of letters, personal photographs, studies and other ephemera.

The Heard Museum is the third and final stop of the exhibition which opened in New York in 2017 then traveled to the Peggy Guggenheim Collection in Venice in 2018.

Whether you go or not, the exhibition catalog, Josef Albers in Mexico, reveals the profound link between the art and architecture of ancient Mesoamerica and Albers’ abstract works on canvas and paper. Albers took black-and-white photographs of pyramids, shrines, sanctuaries and landscapes, which he later assembled into rarely seen photo collages. The resulting works demonstrate Albers’ continued formal experimentation with geometry, this time accentuating a pre-Columbian aesthetic.

The book brings together photographs, photo collages, prints and significant paintings from the Variants/Adobe (1946–66) and Homage to the Square (1950–76) series from the collections of the Solomon R. Guggenheim Museum and the Anni and Josef Albers Foundation. Two scholarly essays, an illustrated map and vivid color reproductions of paintings and works on paper illuminate this little-known period in the influential artist’s practice.

Select Josef Albers in Mexico to place this book in your Amazon shopping cart.