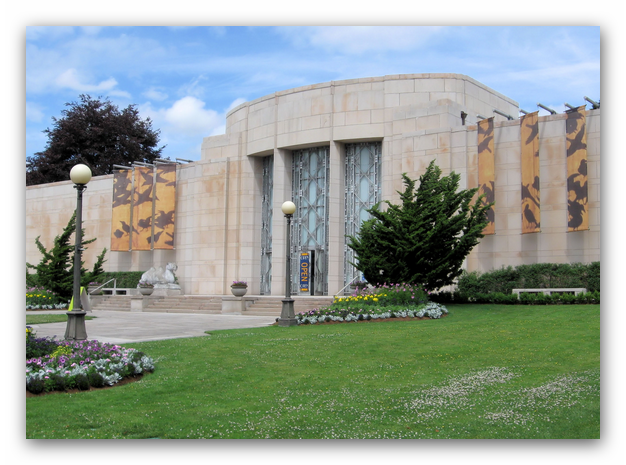 Awakened Ones: Buddhas of Asia

Experience 20 works and artifacts from SAM's collection depicting Buddhas from across Asia, including Japan, China, India, Korea, Nepal, and Pakistan. Sculptures and paintings spanning nearly 13 centuries will be on view.

Siddhartha Gautama or Shakyamuni (Sage of the Shakya clan) was a legendary figure from an elite family who lived in northern India around the 6th century BCE. Renouncing his life of privilege, he ultimately awakened to the realization that man could escape the cycle of reincarnation and be freed of suffering. In the first thousand years, Shakyamuni’s teachings spread to Sri Lanka, Southeast Asia, China, Japan, and Korea, and then to the Himalayan regions of Tibet and Nepal. Monks, pilgrims, and believers spread translated scriptures and Buddhist iconography, first traveling overland via the Silk Road and later crossing the oceans.

The first art of Buddhism was non-figural symbols and relics of Shakyamuni, before representations of Buddha’s likeness appeared in the form of portable votive icons. The Theravada school, based on earlier teachings of Indian Buddhism, popularized Jataka stories—illustrated episodes from Shakyamuni’s life that recounted his many past lives, sermon scenes, and his birth and extinction (death). In East Asia, Mahayana doctrines of universal salvation gained great prominence—the best known in the West being of Chan or Zen Buddhism—establishing a pantheon of compassionate Buddhas who presided over paradises and bodhisattvas or saintly intercessors who assisted the devout in their quest for salvation.

Among the multiple Buddhas were: the future Buddha Maitreya who has yet to come; Amitabha of the western Pure Land; and the cosmic and transcendent Vairochana. Illustrations of narrative scenes and the Buddhist paradises provided resplendent settings to visualize oneself within the Pure Lands. Art representing these Buddhas and their entourages provided a focus for worship, but also promoted the goals of karmic advancement.