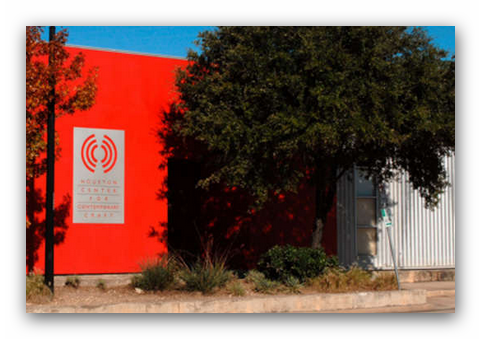 United by Hand: Work and Service by Drew Cameron, Alicia Dietz, and Ehren Tool, is a program-driven exhibition led by three artists-veterans working in fiber, wood, and clay. Drew Cameron, Alicia Dietz, and Ehren Tool use craft as part of their own healing, and, through their artistic practices, continue to serve their country by promoting peace and giving a voice to veterans. Through both the works on view in the galleries and a series of craft-based programs, United by Hand pays tribute to U.S. veterans and aims to create neutral ground, raising critical awareness about the history and current state of war culture in the United States.

Second-generation papermaker Drew Cameron draws on a history of making paper from clothing that dates back to the middle 8th century. Cameron served in the U.S. Army, right after high school, from 2000 to 2006. He was deeply affected by the time that he spent in Iraq in 2003 as a Field Artillery Soldier and found catharsis through papermaking. In 2007, Cameron cut up his uniform, reconstituting it into paper for You Are Not My Enemy. In this same year, he co-founded Combat Paper with fellow artist and activist, Drew Matott. The two began traveling the country with a Hollander beater, a machine that produces paper pulp from plant fibers, collecting uniforms and other clothing, and transforming them into paper sheets, which he calls “lineage fiber.” Celebrating the collaborative work of veterans and civilians, this interactive project is ongoing and promotes a forum for individuals to share their perspectives on war with those who have not experienced it firsthand.

In conjunction with United by Hand, Cameron will conduct a Combat Paper workshop at HCCC in April. HCCC is asking the public to donate uniforms and civilian clothing for the project, and participants will work together to create a 9.5-by-5-foot flag, a continuation of his 2013 piece, Burial Flag. This community project calls attention to the vacancy that occurs in the wake of military service and honors those who have died, as well as those who no longer wear their uniforms.

Stationed around the world, Alicia Dietz served in the U.S. Army for 10 years as an officer and Blackhawk Maintenance Test Pilot in the Iraq War. During her military career, she had the opportunity to meet a variety of people and felt compelled to share their stories. With a background in journalism, Dietz views her woodworking and furniture design practice as a conduit for these individuals. Organized by blood type, the handmade wooden frames in her Collective Cadence (2016) installation chronicles the stories of 117 active-duty soldiers, veterans, and their spouses, all etched in glass and printed on aluminum. Dietz emphasizes the individual through the collective experience of war: “Through the telling of each, we are united as one. In the telling of the collective, we find our own. These are our stories. This is our story.” While the installation is on view at HCCC, Dietz will continue to collect stories as part of her ongoing Collective Cadence archive.

As a Marine who served in the 1991 Gulf War, ceramic artist Ehren Tool is unsettled by memories of his service and recognizes how violence has changed him, leaving him uncertain about how to talk about his experience during active duty. He has been struck by children’s toys that replicate the gas masks, uniforms, and warfare that he recognizes as products of the Gulf War. When discussing his work, he says, “You may be for or against a particular war, but I think it is too easy for us to look away. I think we as a country and as humans should look at what is actually going on.” Tool uses his potter’s wheel to make cups that expose the large disparity between fiction and reality. For him, each cup represents a human life. He uses the utilitarian object’s familiar form to engage the cup-bearer in a dialogue with the graphic photographs and press-molded war paraphernalia of its surface. So far, Tool has given away more than 18,000 of these cups, and, for this exhibition, he will create a new series to be distributed at HCCC on Memorial Day weekend.

Tool has said, “Peace is the only adequate war memorial.” All three artist-veterans devote their craft practices to promoting this message and to calling the community to action. When presented together, this powerful collection of works and programming shows that each voice in the community has the power to help heal from past events and shape the future.