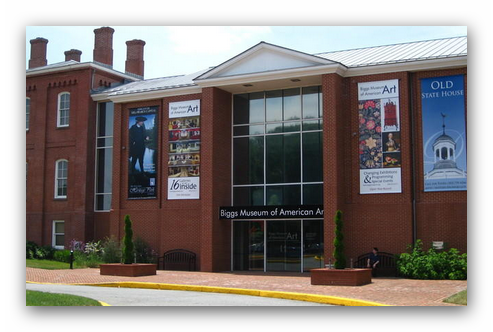 Ansel Adams (1902-1984), photographer, musician, naturalist, explorer, critic and teacher, was a giant in the field of American landscape photography. His work can be viewed as the end of an arc of American art concerned with capturing the “sublime” in the unspoiled Western landscape. This tradition includes the 19th century painters Albert Bierstadt, Thomas Cole and Thomas Moran, and the 19th century photographers Carleton Watkins, Timothy O’Sullivan, and William Henry Jackson.

For much of his early adulthood, Adams was torn between a career as a concert pianist versus one in photography; later, he famously likened the photographic negative to a musical score, and the print to the performance. Yet most museum-goers are only familiar with the heroic, high-contrast prints on high-gloss paper stock that Adams manufactured to order in the 1970s-80s, coinciding with the emergence of the first retail galleries devoted to photography; as performances, these later prints are akin to “brass bands.” Much less familiar are the intimate prints, rich in the middle tones – the “chamber music” – that Adams crafted earlier in his career.

This exhibition of 41 original prints focuses on the masterful small-scale images made by Adams from the 1920s into the 1950s. Already in this time period there is quite an evolution of printing style, from the soft-focus, warm-toned, painterly “Parmelian prints” of the 1920s; through the f/64 school of sharp-focused photography that he co-founded with Edward Weston and Imogen Cunningham in the 1930s; and, after the War, towards a cooler, higher-contrast printmaking style. Throughout, Adams is revealed as a poet of light, both in the field and in the darkroom. [...]

The artist said: “I knew little of these basic problems [of environmental conservation] when I first made snapshots in and around Yosemite. I was casually making a visual diary – recording where I had been and what I had seen – and becoming intimate with the spirit of wild places. Gradually my photographs began to mean something in themselves; they became records of experiences as well as of places. People responded to them, and my interest in the creative potential of photography grew apace. My piano suffered a serious rival. Family and friends would take me aside and say, ‘Do not give up your music; the camera cannot express the human soul' …I found that while the camera does not express the soul, perhaps a photograph can! …[Alfred] Stieglitz's doctrine of the equivalent as an explanation of creative photography opened the world for me. In showing a photograph he implied, ‘Here is the equivalent of what I saw and felt.' That is all I can ever say in words about my photographs; they must stand or fall, as objects of beauty and communication, on the silent evidence of their equivalence.” -- Ansel Adams

Whether or not you go, Ansel Adams: 400 Photographs presents the full spectrum of Adams' work in a single volume for the first time, offering the largest available compilation from his legendary photographic career. The photographs are arranged chronologically into five major periods, from his first photographs made in Yosemite and the High Sierra in 1916 to his work in the National Parks in the 1940s up to his last important photographs from the 1960s. An introduction and brief essays on selected images provide information aboutAdams' life, document the evolution of his technique, and give voice to his artistic vision.

Few artists of any era can claim to have produced four hundred images of lasting beauty and significance. It is a testament to Adams' vision and lifetime of hard work that a book of this scale can be compiled. Ansel Adams: 400 Photographs is a must-have for anyone who appreciates photography and the allure of the natural world.