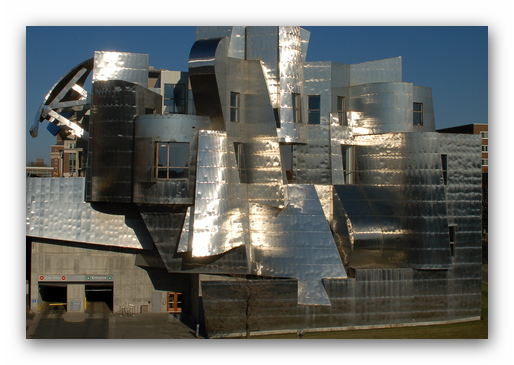 From September 3 to April 30 WAM’s Target Studio for Creative Collaboration will be filled with a menagerie of quirky, quasi-human figures. Created by New York-based artist Melissa Stern, these figures teeter between funny and serious, and familiar and strange. Taking the forms of sculptures and drawings, they lack limbs or boast disproportionate and unlikely parts, sharing a sense of being slightly off-kilter.

They look like they could, even should, fall down, but don’t, and are thereby suggestive of life’s balancing acts. Like all balancing acts, Stern’s figures can inspire amusement and delight, while all touching a tender nerve. Stern explains her figures are inspired by the “universe of people” who inhabit her brain, and they emerged in response to “how absurd the world seems sometimes.” As emotionally resonant and endearingly imperfect as they may be, viewers still often wonder: what do they mean?

Rather than resolve this question, Stern turns it back to the viewer: what do you think they mean? In this move, she notes she sounds a bit like a therapist, using questions to draw out stories, memories, and intimate thoughts. And this reference to psychology is not a one-off: The Talking Cure takes its name from Sigmund Freud’s therapeutic methods and theories known as psychoanalysis.

Stern is not a devotee of psychoanalysis, but she is interested in creating art that resonates with viewers, triggers their emotions and memories, and draws out their personal stories and reflections. She also embraces the difficult process of letting go (be it of “emotional baggage” or things we can’t control). She “let go” of her artwork by inviting twelve writers to pick a sculpture in The Talking Cure that “spoke” to them and then write a monologue giving voice to that sculpture.

The writers brought a wide range of perspectives to her work. Yet they each have sensitivity to the fact that in these sculptures Stern captures those “fleeting, fugitive emotions” we often want to damp down. Stern requested the writers “let go” of their monologues by giving them to twelve actors who then performed them without directional cues. Recordings of these performances accompany the sculptures on view.

It was Stern’s background in anthropology and the anthropological question of why people make things that initially drew her to art. As a professional artist, she has maintained a transdisciplinary perspective that has inspired her to explore the boundaries between visual, literary, and theatrical forms.

We hope the sculptures will “speak” to you, and the exhibition will be a platform for you to share your story, while reflecting on the power of stories to inform who we are and how we treat one another. The exhibition’s workshop space, furnished by BluDot, was designed to help facilitate this process. The space includes a couch and comfortable furnishings, along with a library of exhibition-inspired books, selected by WAM staff and the museum’s student advisory group, the WAM Collective. Among the materials available, check out the Collective’s WAM Wellness Toolkit, a multimedia compilation of wellness-related ideas and resources.

Also featured is a participatory installation by Rebecca Krinke, a visual artist, UMN faculty member, and Target Studio artist-in-residence in association with the exhibition. As part of her residency, she created a sculptural object that invites visitors to respond to The Talking Cure by articulating what “needs to be said.” Made of charred cedar, What Needs to Be Said? serves to house viewer-generated responses. Private reflections can be placed into a glass vessel, visible but inaccessible, on one side of the object. These will be collected and burned, without reading, at a public event to be held on April 26, 2017. Participants who wish to make their reflections public can pin them to the wall on the other side of the object.

In her piece, Krinke juxtaposes what we share with what we keep private, while providing a compelling physical setting for all voices from the community to explore the cathartic possibilities of “speaking up.” It emerged, she said, in response to “a tremendous need for new places and objects to address our emotional lives.” In its creation, Krinke has been supported by her research/studio assistants, Alexandra Olson and Piero Protti, and by Kevin Groenke, Peter Zell, and Michael Boyd.

Select the sculpture that speaks to you, imagine your own monologue, read, write, reflect, convene, converse. No matter how you participate, The Talking Cure is an evolving platform, and you play a vital part in its development.