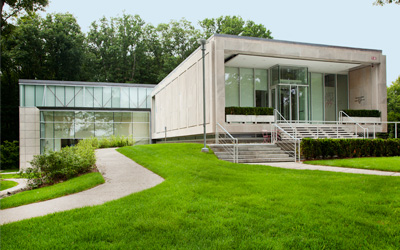 Over more than four decades, Fred Eversley has produced a singular body of work that considers materials, light, and the optical qualities of shapes and colors as part of a broad investigation of individual perceptual experience. A Brooklyn native and engineer by training, Eversley moved to Los Angeles in 1963 to work in the aerospace industry; four years later, inspired by the burgeoning bohemian culture of Venice Beach, he decided to shift careers and become a sculptor. In his groundbreaking experiments with plastic in the late 1960s, he demonstrated how this modern, industrial material could be tinted with vibrant hues and cast into parabolic shapes using centrifugal force, creating transparent, multi-colored sculptures that serve as lenses through which to see.

In 1972 Eversley began to explore the qualities and beauty of the color black, embarking on a new series of opaque and translucent black sculptures that reflect the environment around them. Compelled by the power of these works, Eversley expanded his investigation of this achromatic palette, experimenting with white and gray tinting. This exhibition examines this series of black, white, and gray sculptures. The works have cosmological associations—“stars expanding their energy and becoming black holes, white dwarfs, and neutron stars,” Eversley explained at the time—but also prompt us to consider the symbolic values of color itself, even as identity-driven associations. With their complex optical properties and intimate, human scale, the works both challenge our perception of and create new perspectives on the world.