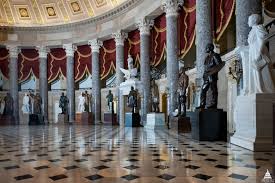 Congress and the Progressive Era Part 2

From the 1890s to the 1920s, a period known as the Progressive Era, the United States experienced dramatic social, cultural, and political change. Confronted with domestic and international challenges, Congress reexamined the government’s role in the economy and the environment and the nation’s place in the world.

Prominent investigative journalists––called “muckrakers”––and citizen activists pushed Congress to pass landmark legislation, and states ratified new amendments to the Constitution. This period of dynamic reform altered the democratic process, the notion of “We the People,” and the everyday lives of Americans.