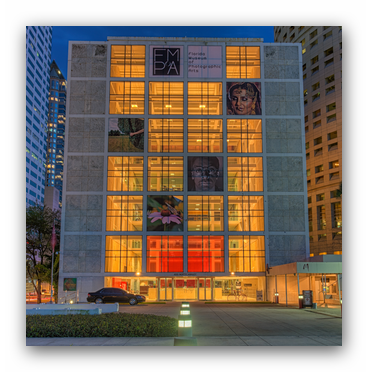 Undiscovered Self serves as a retrospective exhibition of Uelsmann’s work spanning over the last 50 years. He remains the forerunner of photomontage in America for the 20th century as he employs multiple negatives to create intricate darkroom works of art.

Whether you go or not, Uelsmann Untitled: A Retrospective, features the largest number of Uelsmann images ever collected in a single volume. Among them are some that have never before been published, several beloved favorites, and many rarely seen images. Drawn from his entire career, they show both the evolution of his technique and the solidity of his vision. An accompanying essay by Carol McCusker, curator of photography at the Samuel P. Harn Museum of Art, provides historical and biographical context and discusses Uelsmann’s formative experiences and his coming of age as a photographer. For more than five decades, Jerry Uelsmann has sought to transform photography, de-emphasizing its function as a form of documentation, liberating it as a medium capable of re-imagining the real. Widely known as one of the forefathers of the digitally manipulated image, his work has influenced and inspired a broad range of artists and photographers—even as he maintains his strict adherence to purely analog tools to explore “the alchemy of the darkroom.”   Acclaimed as an international master of photomontage, Uelsmann crafts his images using the integration of multiple negatives and processing effects—a fact that members of the digital generation often overlook. Over half a century after he first broke onto the scene, Uelsmann continues to develop his unique, transformational style—one that fascinates and engages artists, students, and general audiences across the world—and to explore ways to merge the subjective and objective in a single image.