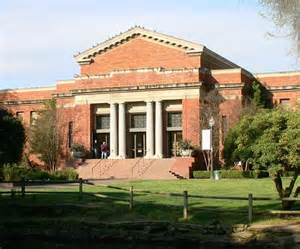 American Impressionism: The Lure of the Artists’ Colony

Organized by the Reading Public Museum, Reading, Pennsylvania, this comprehensive exhibition features one of the Reading Public Museum’s greatest strengths – its collection of works by American Impressionists. The exhibition includes more than one hundred total works, including more than eighty oil paintings and nearly thirty works on paper dating from the 1880s through the 1940s. Outstanding landscapes – ranging from snow covered hills to sun filled harbors – seascapes, penetrating portraits, and remarkable still lifes, imbued with rich textures, reveal the artists’ interest in capturing effects of light and atmosphere in their work.

The exhibition is arranged according to the artists’ colonies that played a critical role in the development of American Impressionism including those at Cos Cob and Old Lyme in Connecticut; Cape Cod, Cape Ann, and Rockport, in Massachusetts; New Hope and Philadelphia in Pennsylvania; Taos, New Mexico; and California. In addition, American expatriate artists such as Mary Cassatt and John Singer Sargent are examined.