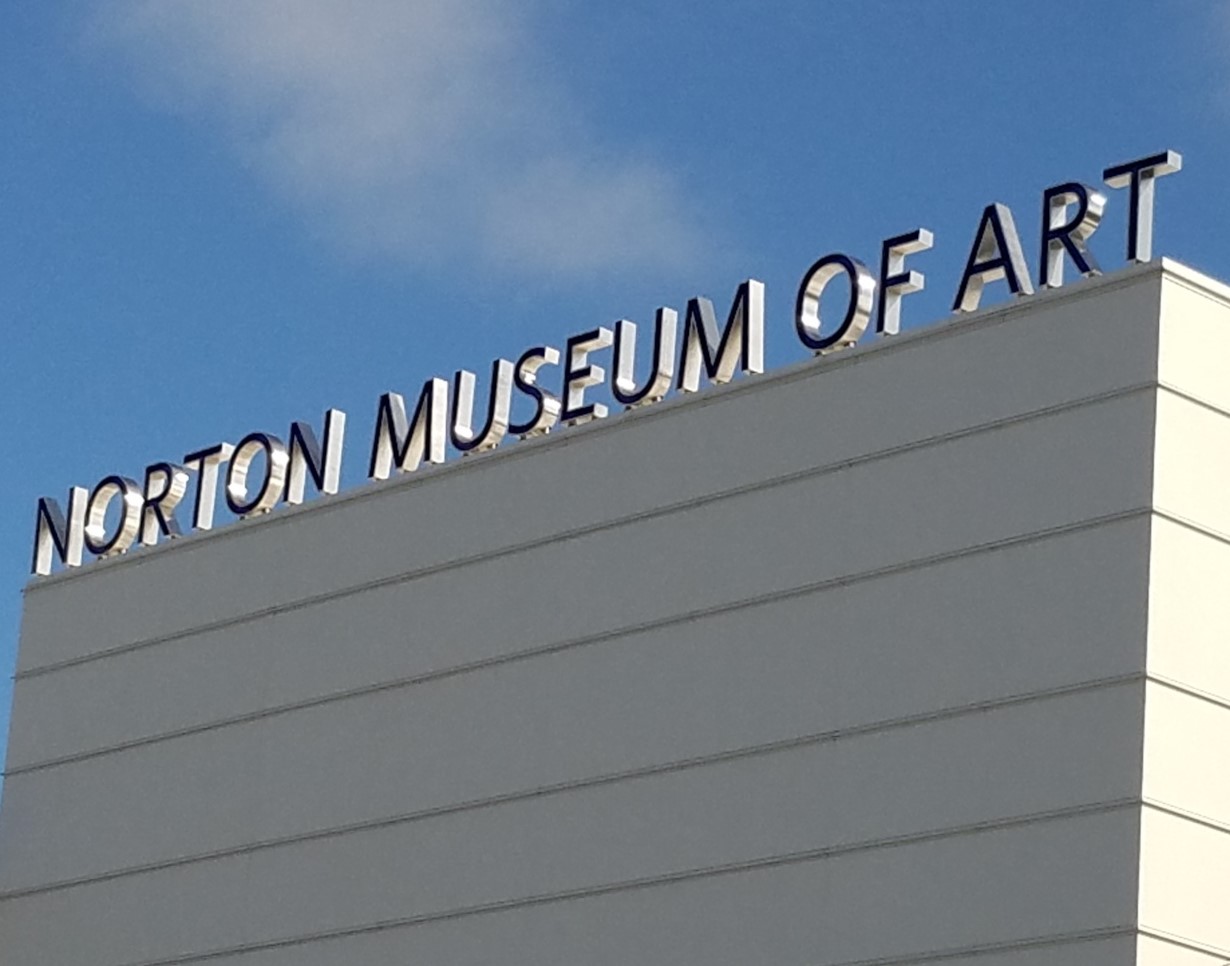 The forthcoming Norton Museum of Art exhibition Spotlight: Recent Acquisitions celebrates Black History Month through showcasing artwork by contemporary black artists that became part of the Norton collection during the past year. Works on view include Super Blue Omo, a new painting by Nigerian born Njideka Akunyili Crosby; a series of photographs and a sculpture by Willie Cole; and a major painting by Mickalene Thomas, Naomi Looking Forward # 2, 2016.

Akunyili Crosby’s Super Blue Omo, 2016, is a significant work in her figurative style that was sought after by a number of museums and collectors. The Nigerian-born artist has received an extraordinary response to her paintings since her exhibition last year at the Norton, Njideka Akunyili Crosby: I Refuse to be Invisible, part of the Museum’s Recognition of Art by Women (RAW) series. Her process includes the laborious transferring of photographs to enliven passages of her paintings. Taken primarily from family photographs and Nigerian pop culture reproduced in magazines and online, she uses images of Nigerian stars, government officials, historical ceremonies, and contemporary cultural figures in a patchwork, dotted with images from her own family history.

American-born artist Willie Cole is perhaps best known for using domestic implements, especially bicycles and old steam irons to create his artwork. He first came to prominence in the mid-1980s for his two- dimensional works created by scorching fabric or ironing board pads with an iron. The result: patterns that were both abstract and symbolic, suggesting the domestic servitude by many African Americans and the scarring of black bodies, whether as signs of beauty or the result of physical punishment. In works such as American Beauty, from 1989, Cole evokes the appearance of a traditional African sculpture suggesting not only its inspiration to the development of Cubism and such modern artists as Picasso and Braque, but also the previously exclusive definition of American beauty – blonde, white-skinned females.

The artificial and real are in play throughout Naomi Looking Forward #2, which features supermodel Naomi Campbell, lounging across the entire work. She is in the pose of a concubine in a harem popularized in the renderings of female nudes by the early 19th-century French artist, Jean Auguste Dominque Ingres. Thomas pays homage to Ingres by superimposing a photo detail suggesting the Turkish origin of her figure’s legs strewn across a sofa that morphs from relaxed to an angular, modernist design.