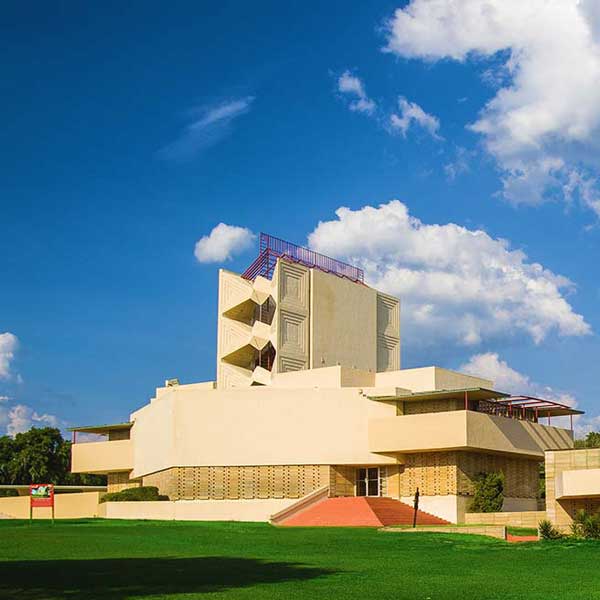 In 2012, the Florida Southern College Historic District was designated a National Historic Landmark by the National Park Service of the U.S. Department of the Interior for being the largest single-site collection of Frank Lloyd Wright architecture in the world. Florida Southern is the oldest private college in the state​

Frank Lloyd Wright (1867-1959), considered by many to be the greatest of all American architects, pioneered a style of “organic architecture” that connects buildings harmoniously with the natural landscape around them. Twenty-eight of Wright’s projects are National Historic Landmarks, including the campus of Florida Southern College.

From the date of Wright’s first visit to the Florida Southern campus in 1938 -- at nearly 71 years of age -- he delivered 18 unique and distinctive building designs over the course of more than 20 years, longer than any other commission in his career. Thirteen of his proposed structures were funded and built, one of them posthumously. Student labor was employed for the construction of five initial Wright-designed buildings. During wartime, the construction crew – and the College’s student enrollment – was comprised almost entirely of women.

Florida Southern the world’s largest single-site collection of Wright’s architecture for one client, as well as his only executed design for a college campus.

The Sharp Family Tourism and Education Center provides a home for the permanent display of photographs, furniture, and drawings depicting Wright’s relationship with the College. The Center also acts as a home for visiting exhibits on loan from various other Wright sites.