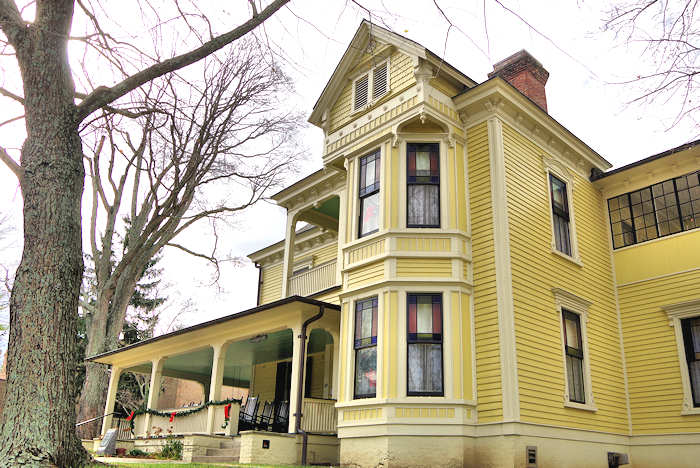 Considered by many to be one of the giants of 20th-century American literature, Thomas Wolfe immortalized his childhood home in his epic autobiographical novel, Look Homeward, Angel. Wolfe’s colorful portrayal of his family, his hometown of “Altamont” Asheville, North Carolina, and “Dixieland” the Old Kentucky Home boardinghouse, earned the Victorian period house a place as one of American literature’s most famous landmarks.​

Built in 1883 as a private home, the house became a boarding house just six years later, and was named Old Kentucky Home. Mrs. Julia Wolfe bought it in August 1906, but the purchase of the boardinghouse did more than bring in income; it also created an irrevocable split in the family. Mrs. Wolfe found it difficult to run her business from the family home on Woodfin Street and moved into her boarding house. Her youngest child, Tom, was forced to live amongst the boarders. For over a decade family members moved between the two residences, the daughters stayed mainly at the family home with their father, while the sons would shift back and forth between the two homes.

By reading Look Homeward, Angel one discovers the happiness and grief that once occurred within its walls, the history of a family and the city in which they lived, all stories that inspired one of America’s greatest 20th century authors.​