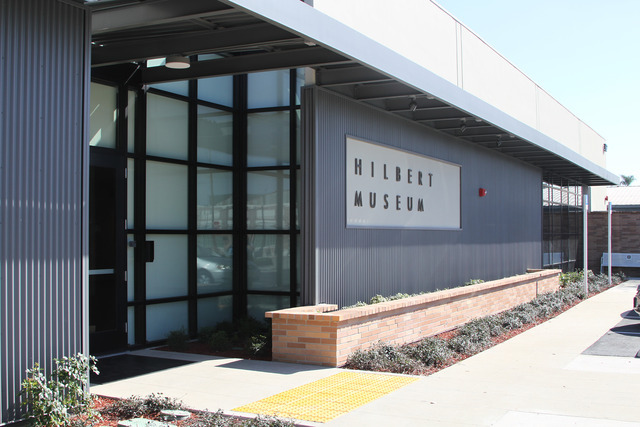 The Hilbert Museum of California Art at Chapman University, opened in 2016. The Hilbert Collection – which includes oils, watercolors and drawings of urban and industrial scenes, coastal views, farms, ranches and landscapes of everyday life – is a significant repository of images of the 20th century by California artists, celebrating the unique artistic and cultural development of the Golden State.

In November 2014, Chapman University announced that it had received a major gift of California art, valued at more than $7 million, from Mark and Janet Hilbert, in addition to $3 million from the couple toward establishing a museum on campus in which to permanently display the collection to the public.

“This will be the first museum anywhere that is totally dedicated to the display of California Scene and California representational art,” said Mark Hilbert. “The intent will be to cast a spotlight on this style of painting and these amazing artists, and to make this art known around the world. California has its own style, its own light, its own distinct landscape. California Scene paintings are distinguished from the earlier style of California Impressionism because these works show people and the works of humans: towns, cities, harbors, houses, ranches, cars, trains – people going about their everyday lives. These paintings show the changes taking place across our state as it grew, starting around 1920 – changes that are still happening and reflected in today’s representational art.”

A portion of the Hilbert collection of more than 1,000 paintings – mostly works in watercolor and oil created from the 1930s to the 1970s by such luminaries of the California Scene movement as Millard Sheets, Emil Kosa Jr., Mary Blair, Phil Dike, Milford Zornes and Rex Brandt, among others – will be displayed in the Museum’s permanent collection. In addition, rotating temporary exhibits will be scheduled.