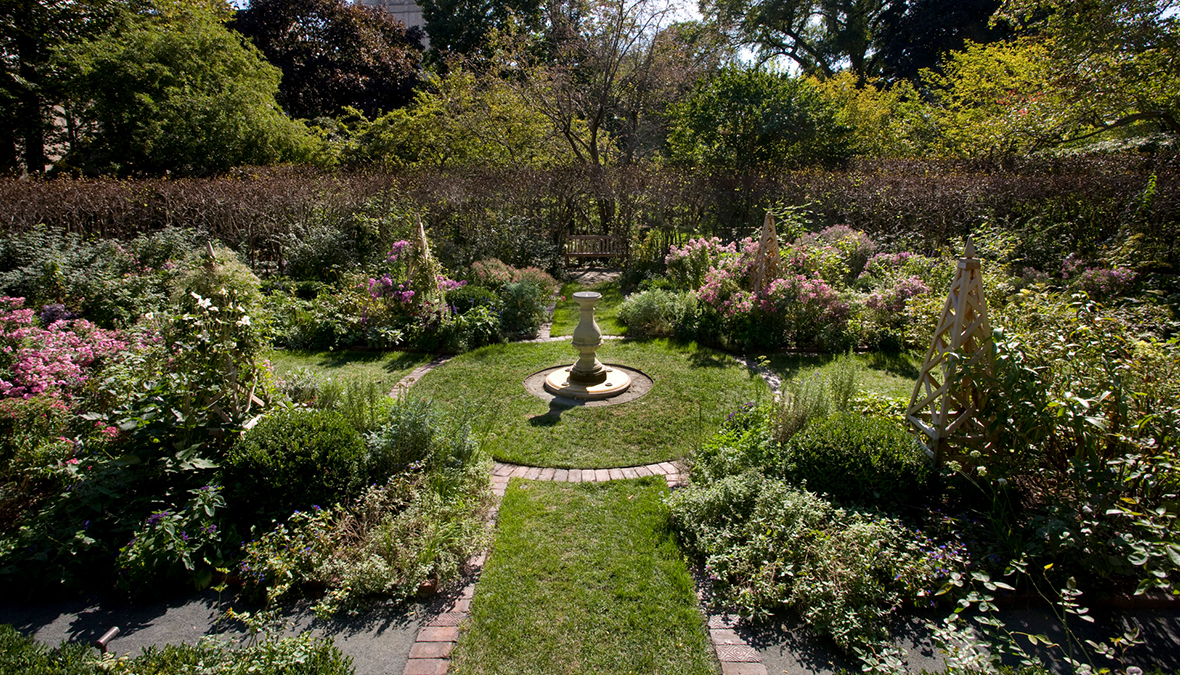 The flowers, shrubs, trees and herbs in the garden are mentioned in Shakespeare’s writings and are varieties best suited to the garden’s location and Midwestern climate. Among the more than 50 plants that can be planted are rosemary, lavender, thyme, hyssop, rue, lemon balm, columbine, old roses, ox-eye daisy, anemone, daffodil, pansy, poppy, nasturtium and marigolds. Parsley, holly, ivy, mint and peonies are also allowed.

The eight-bed garden is hidden from view by a double wall of hawthorn hedges. The 70- by 100-foot plot of land was established in 1915 when it became a project of The Garden Club of Evanston members because of wartime sympathy for our British allies and to commemorate the 300th anniversary of Shakespeare’s death. It was a way to celebrate the ties between England and America.

Credit: Overview from the Garden Club of Evanston website