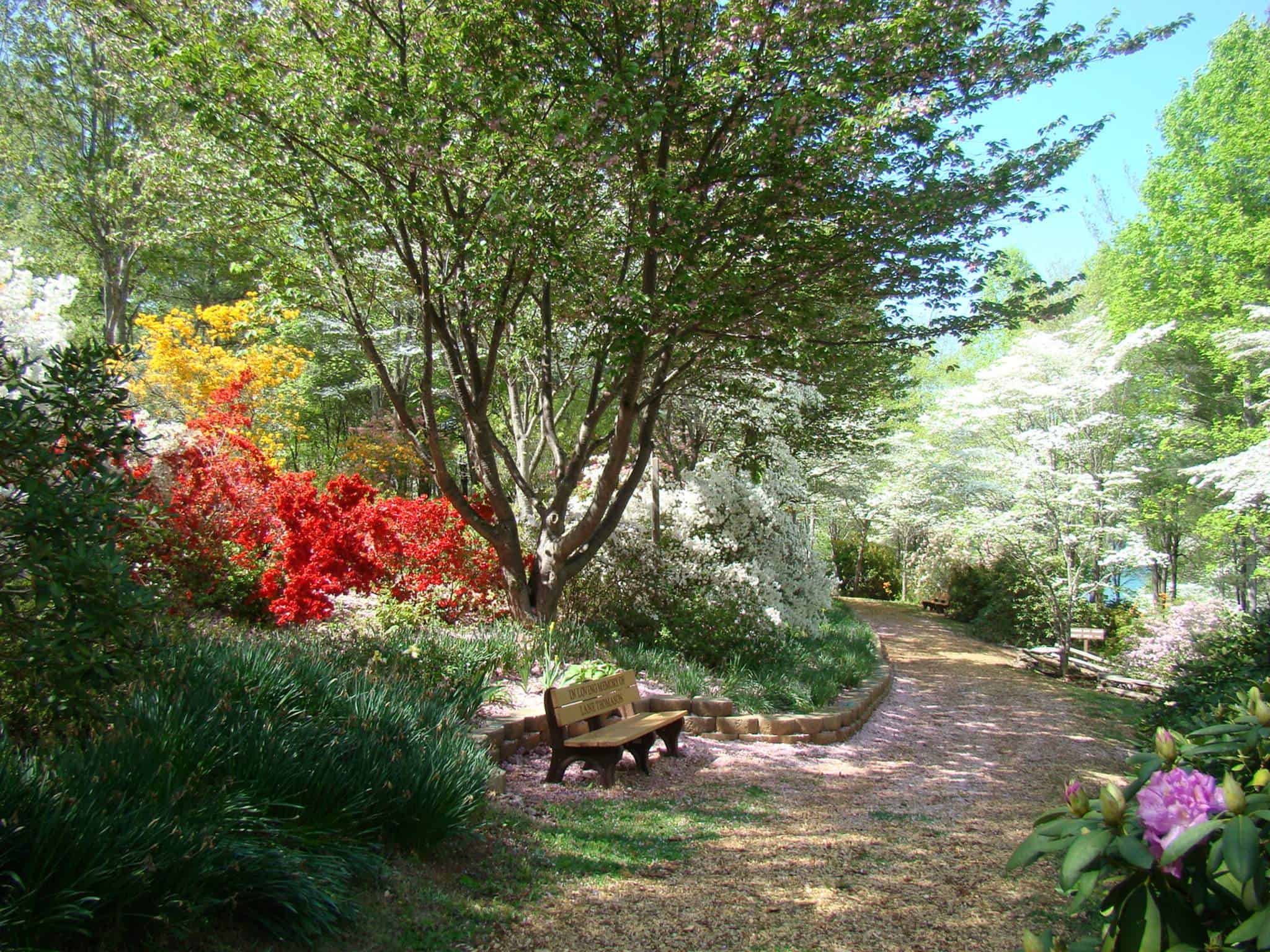 The Fred Hamilton Rhododendron Garden is the only public botanical garden in the northeast Georgia mountains specializing in Rhododendrons and Native Azaleas, located on the Georgia Mountain Fairgrounds property. This 33 acre woodland garden displays the largest collection of rhododendrons in the southeast. ​

The garden was established in 1982 when Fred Hamilton, a plant breeder and former Sears, Roebuck and Company executive, donated his garden by moving about 1,000 rhododendrons to the present site. Hamilton is known for developing the domestic yellow azalea, named Hazel after his wife.

Today the garden contains more than 1500 hybrid rhododendrons and native azaleas.It is laid out on a hillside sloping to Lake Chatuge, with walking paths along the lake shore. Bloom time is from mid-April to mid-May.

In addition, a diversity of native wildflowers include trilliums, shooting stars, wild ginger, trout lilies, and Solomon’s seal are found in the gardens.