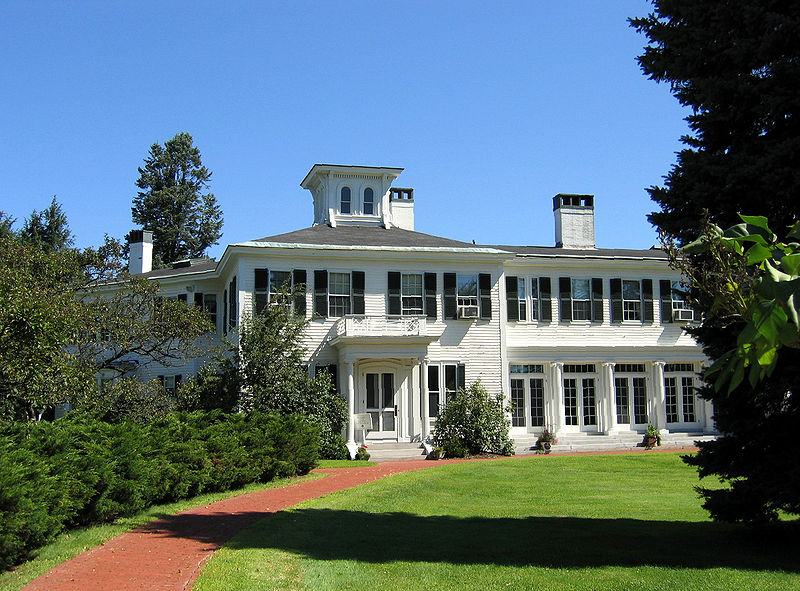 In 1920 while the remodeling of the Blaine House was under way, Governor Carl E. Milliken commissioned the nationally-known Olmsted Brothers landscape architectural firm to design the grounds. Only portions of the original design were implemented.

In 1987 the Blaine House Grounds Committee undertook an ambitious effort to revitalize the grounds. In the spirit of the original design, a new plan divided the site into four areas: front entrance to the east, shrub garden to the south, Governor's Garden to the north, and lawn and service area to the west.

The front entrance, including construction of the granite retaining wall and steps, elegant Colonial Revival balustrades and arbors, as well as the introduction of plantings which originally had been proposed by Carl Rust Parker of the Olmsted firm have been realized.

Garden tours include two gardens, The Shrub Garden and the New England Garden, as well as The Lawn.   The New England Garden is a formal, square-shaped traditional garden with a central lawn, surrounded by footpaths and fencing. Each corner features a flower display that changes throughout the seasons. Granite benches, located along the perimeter, focus on the central lawn.

Plantings in the four central annual beds reflect the changing seasons, with each season exploring the various species’ unique attributes. The annuals are appropriate to the 1920’s when the Garden was designed. The annual beds also feature seasonal standards that complement the surrounding annual display. A Pepper Viburnum is believed to be part of the original plantings.