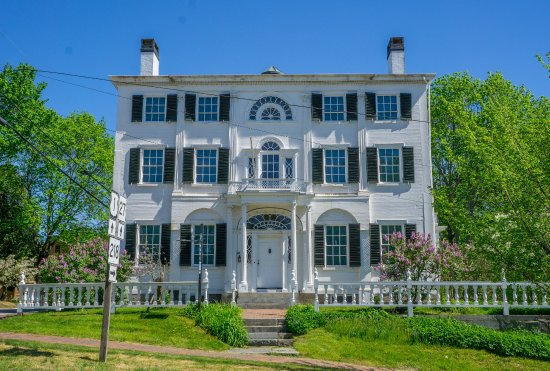 Nickels-Sortwell House is a National Historic Landmark and one of the region’s finest Federal-style houses. It epitomizes the brief period after the American Revolution when shipbuilding and the maritime trade brought wealth and sophisticated tastes to this coastal Maine village.

The abrupt halt to international trade forced by Thomas Jefferson’s Embargo of 1807 devastated the East Coast economy. By the time of his death in 1815, original owner Captain William Nickels was bankrupt. The house was sold and turned into a hotel serving the growing number of summer visitors to coastal Maine. Alvin Sortwell, industrialist and former mayor of Cambridge, Mass., bought the house in 1899 as a summer home for his family. The Sortwell family’s Wiscasset roots reached back to the early 1700s. They lovingly restored the house over a period of years and decorated it in the Colonial Revival style with fine antique furnishings.​

Adjacent to the house is a restored historic garden. One of America’s most prominent urban landscapers designed the gardens in 1925. The sunken garden is a cellar hole that was purchased with the intention of creating a sunken garden.