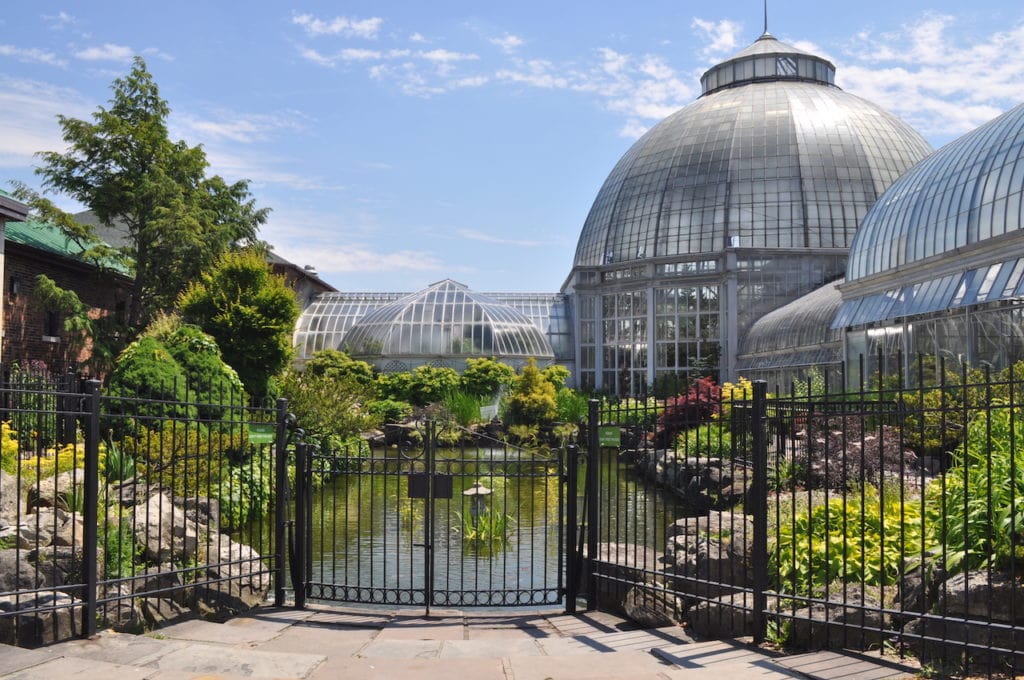 The Conservatory is a greenhouse and a botanical garden located on Belle Isle, a 982-acre island park located in the Detroit River between Detroit, Michigan and Windsor, Ontario near the Canada–United States border. The park itself consists of 13 acres of preserved land for the conservatory and its botanical garden.

The Conservatory building is divided into five distinct sections: the Palm house, the Tropical house, the Cactus house and Fernery, and the Show house. The main feature of the building is the 85-feet-high central dome, which houses palm trees and other tropical plants.​​

The gardens include a formal perennial garden, seasonal floral beds, a lily pond garden and five sections of flora.