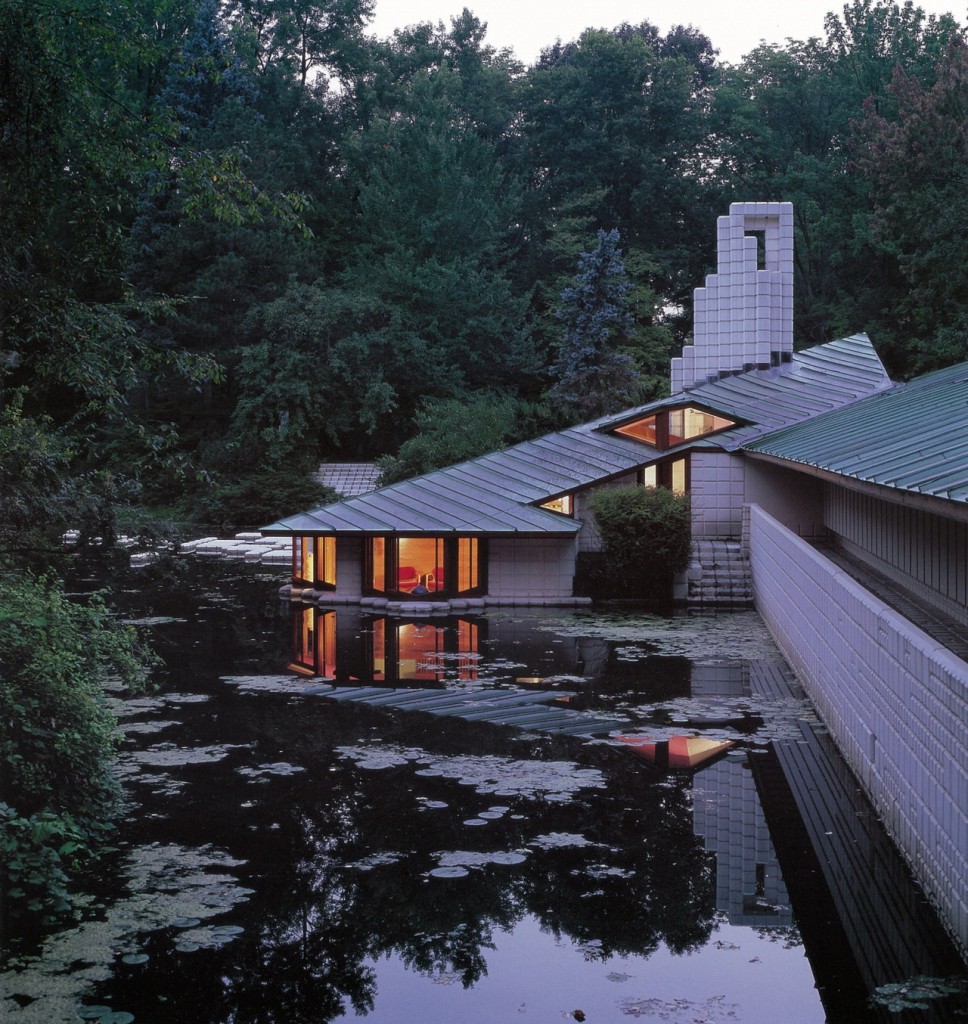 Alden B. Dow Home and Studio

Designated a National Historic Landmark in 1989, the Alden B Dow Home and Studio is a powerful statement of Mid-Twentieth Century Modern architecture.

The son of Herbert and Grace Dow, Alden Dow apprenticed with Frank Lloyd Wright in 1933, and opened his own design firm the following year. He received the Diplome de Grand Prix at the 1937 Paris International Exposition for his own home as well as the John Whitman house. Dow was named the architect laureate of Michigan in 1983, shortly before his death.

Planted into the natural environment and surrounding pond , the Home and Studio is alive with reflective light, soaring roof lines, diverging angles, brilliant color and the perfect balance of enticement and tranquility.

The home was completed in 1941. Over the years, Alden and Vada Dow collected mid-century American pottery and Scandinavian glass. The home’s built-ins display the smooth curved lines of works by Macintosh, Natzler, Vigland, Orrefors, and Steuben, complementing the angular and straight lines of the surrounding architecture.

The studio was completed in 1937.  Travel + Leisure (April 2003) said of the studio: it is “…an improbable ziggurat of glass, copper, and specialty
shaped cinder blocks."

The integration of building and site truly exemplify Mr. Dow’s definition of organic architecture as the idea that “…gardens never end and buildings never begin.”

Advance reservations are required to tour the home and studio.