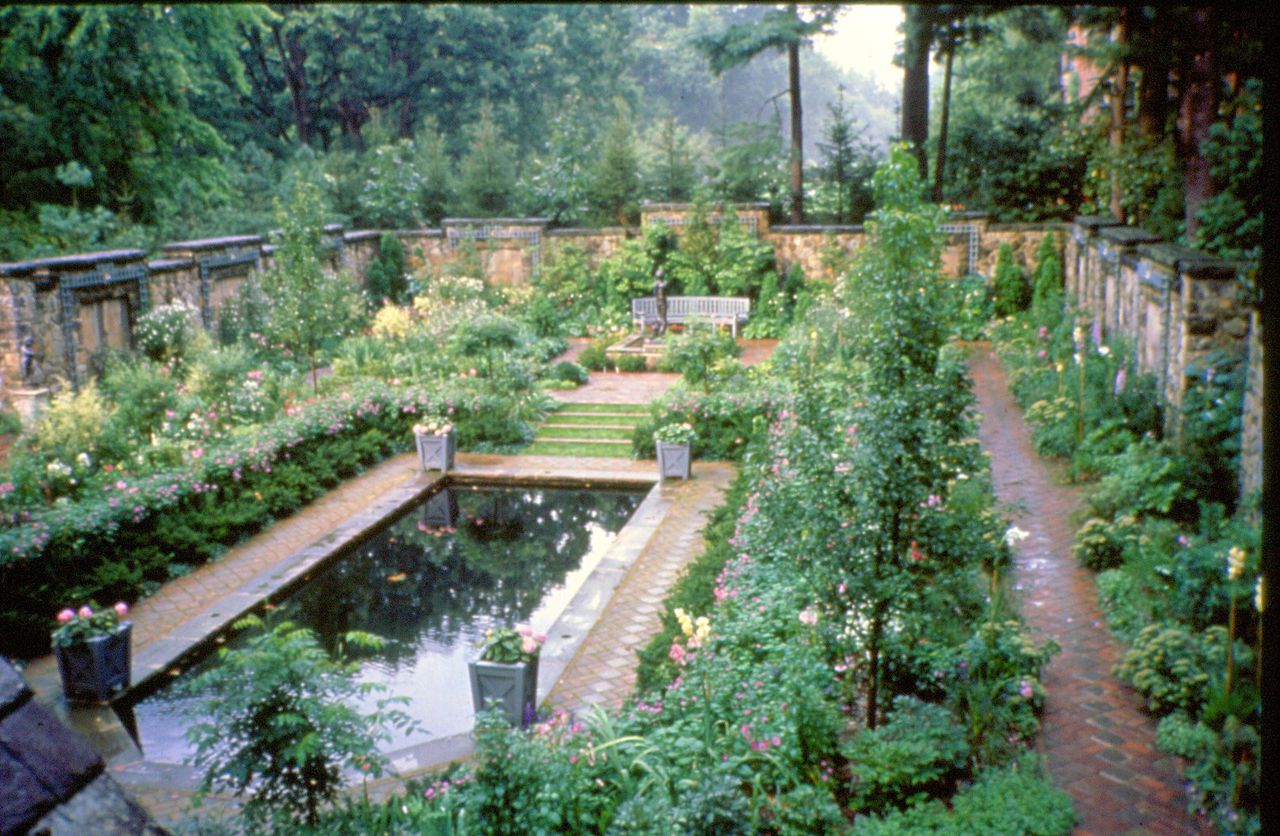 Stan Hywet Hall & Gardens is a historic house museum sitting on a 70-acre estate that includes gardens, a greenhouse, carriage house, and the main mansion. The 65-room Tudor Revival Manor House is one of the largest houses in the United States, at 64,500 square feet. A National Historic Landmark, it is nationally significant as the home of F. A. Seiberling, co-founder of the Goodyear Tire and Rubber Company.

The estate grounds, originally about 1,500 acres, were designed between 1911–1915 by Boston landscape architect Warren H. Manning, and remain today one of the finest examples of his work. Manning sited the house at the edge of the quarry wall, overlooking a nearby valley and rolling hills in the distance.

The English garden was redesigned in 1929 by noted landscape architect Ellen Biddle Shipman. The landscape has undergone two significant restorations: the first in 1984, when a master plan was created to return the property to Warren Manning's original landscape plan, and the second between 2000 and 2010, to rebuild all of the gardens and landscaping around the Manor House. Today, highlights of the garden include the West Terrace & Overlook, Japanese Garden, English Garden and the newly restored Lagoon.

The estate also includes a Gothic Revival Conservatory. The original 1915 building was damaged in a wind storm in 1947. In 2000, Stan Hywet Hall & Gardens constructed a new conservatory and greenhouses based on the original historic designs.

In 1957, the six Seiberling children donated Stan Hywet to the newly formed Stan Hywet Hall Foundation, a non-profit organization formed for the preservation of the estate. It is open seasonally to the public, in keeping with the stone inscription above the Manor House front door, "Non nobis solum", meaning "Not for us alone".

Stan Hywet Hall and Gardens is open Tuesday through Sunday, from April 1 through December 30. Various tours are available.