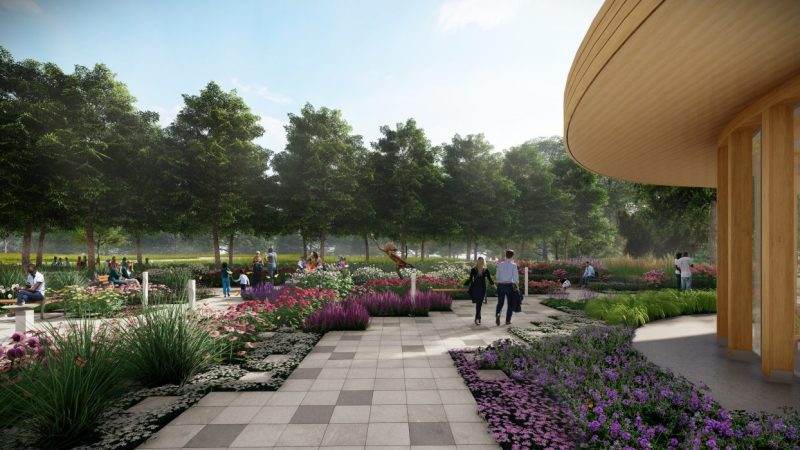 "The Waterfront Botanical Gardens was started by Botanica, an umbrella organization for the local gardening community that was started in 1993 to help enlighten, entertain, and educate the community about the botanical world. In 2001, Botanica learned that it was the beneficiary of a trust established by member Helen Harrigan, a local gardener with a desire to see a botanical garden and conservatory built in Louisville. Helen’s gift reshaped the focus of our organization, and we set about our work to create what will become Louisville’s Waterfront Botanical Gardens."​

The Waterfront Botanical Gardens site lies within the boundaries of one of Louisville’s oldest city areas, known as “The Point.” This area has seen dramatic changes over the years, beginning in the antebellum period, when Fulton Street was lined with summer homes of prosperous French families from New Orleans. After disastrous flooding in the late 1800s and again in 1937, the area was turned into a city dump for building-refuse from flood-damaged homes. After decades spent as the Ohio Street Dump, which was capped in 1973, the area is being redeveloped into an ecological haven.