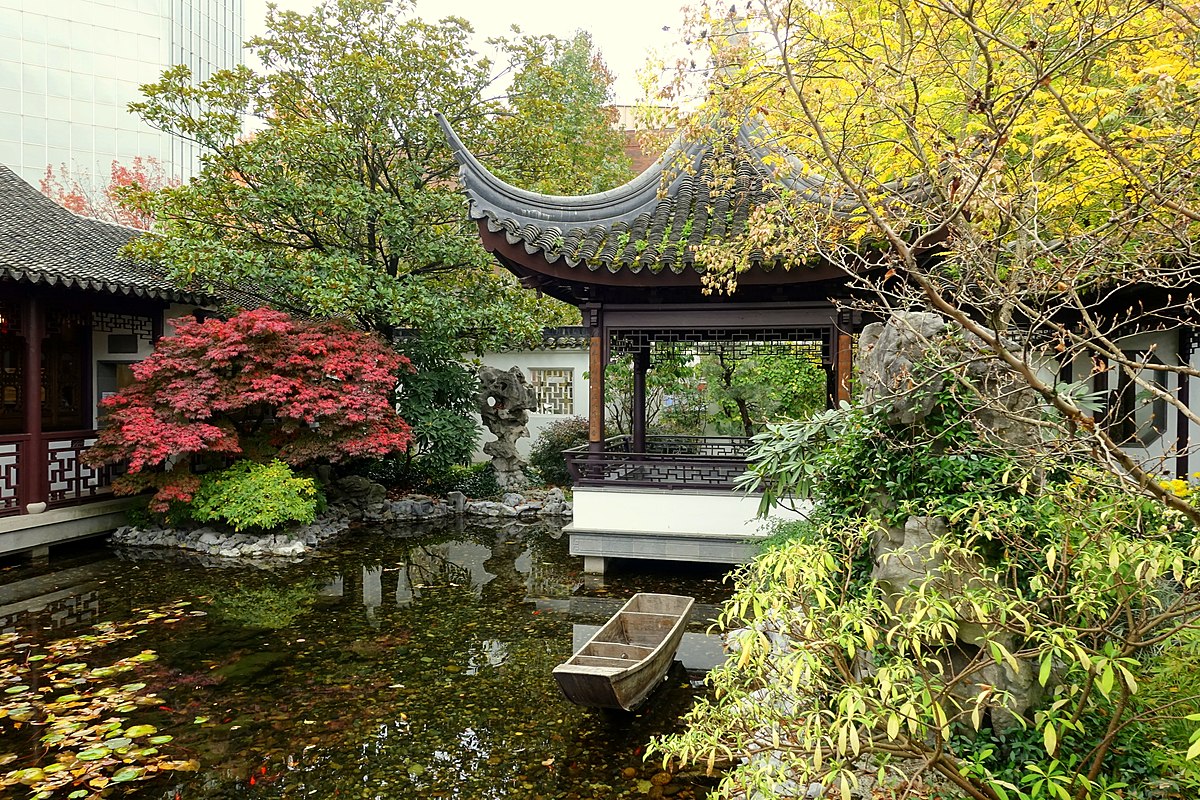 Lan Su Chinese Garden, formerly the Portland Classical Chinese Garden and titled the Garden of Awakening Orchids, is a walled Chinese garden enclosing a full city block, roughly 40,000 square feet in the Chinatown area of Portland. The garden is influenced by many of the famous classical gardens in Suzhou, Portland's sister city. ​

The garden, which opened in September 2000, was designed by Kuang Zhen and constructed by 65 artisans from Suzhou on donated land. It took 14 months to build, using 500 tons of rock, including Chinese scholar's rocks from Lake Tai (Taihu stone), brought from China.

There are more than a hundred trees, plus orchids, water plants, perennials, bamboos, and unusual shrubs located throughout the garden. In total there are more than 400 species. The dominant feature is the artificial Lake Zither at the center of the garden. Also featured are a number of structures common to Chinese gardens, including covered walkways, bridges and pavilions.