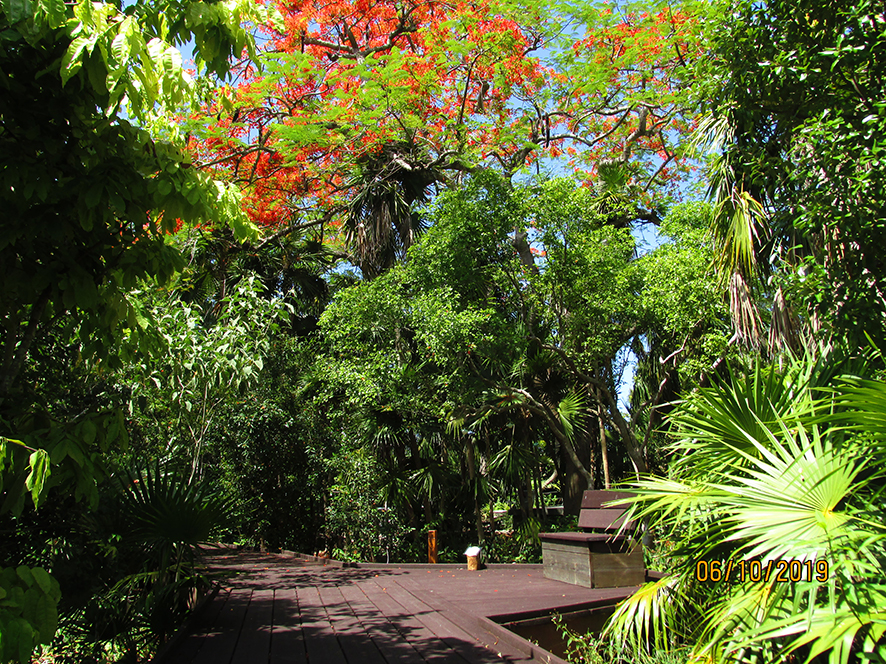 The garden showcases flora native to The Florida Keys, Cuba, and the Caribbean and emphasizes cultivation of threatened and endangered species of the Florida Keys.

The garden has seven trees that are designated either champions or challengers within the National Champion Tree system adjudicated by American Forests and the Florida Division of Forestry.

The Garden has three of the last remaining freshwater ponds in the Keys and is a major migratory stopping point for neotropical birds from places as far away as South America, as well as being home to many rare birds in the Florida Keys.