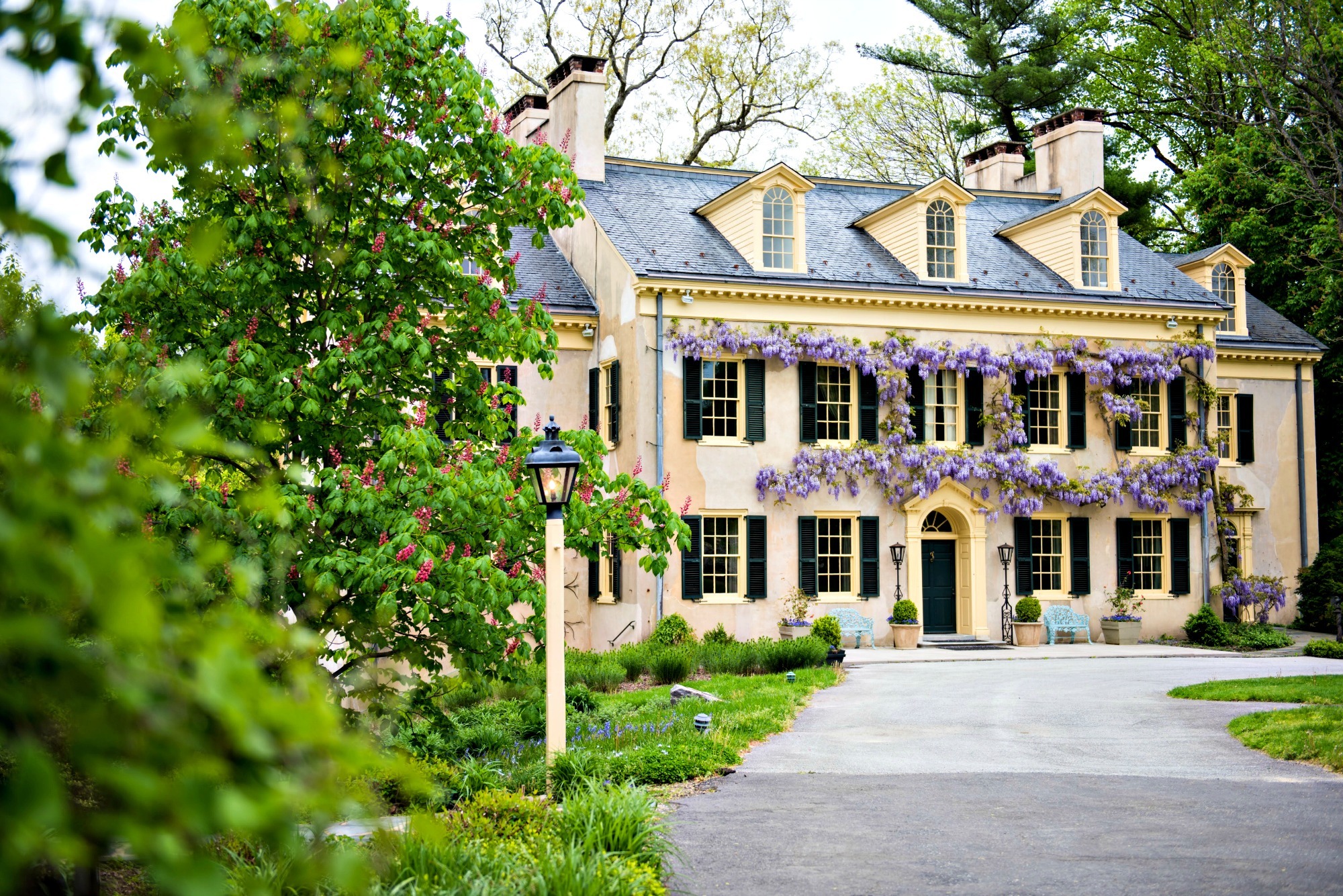 The Hagley Museum and Library ranges over more than 235 acres along the banks of the Brandywine Creek, and include the first du Pont family home and garden in the United States, the gunpowder yards, and a 19th-century machine shop. On the hillside below the mansion lies a Renaissance-revival garden, with terraces and statuary, created in the 1920s by Louise Evalina du Pont Crowninshield (1877–1958).​

The 1803 Georgian-style mansion was home to five generations of the du Pont family. Today it is maintained as it was when the last family member lived there, filled with furnishings and collections of American folk art, alongside treasured family pieces and items brought with the family from France when they left in 1799.​

Located on the property are multiple national- and state-ranked trees. One, an Osage orange tree was named a Co-National Champion Tree in 2011and was featured in the Delaware Forestry Service's "Big Trees of Delaware." Sadly, was partially felled by a storm in August 2020. The tree was speculated to have been over 300 years-old or planted via seeds brought back from the Lewis and Clark expedition. Two other trees felled during the storm were state champions including a 90-foot sugar maple and a 62-foot tall shingle oak.