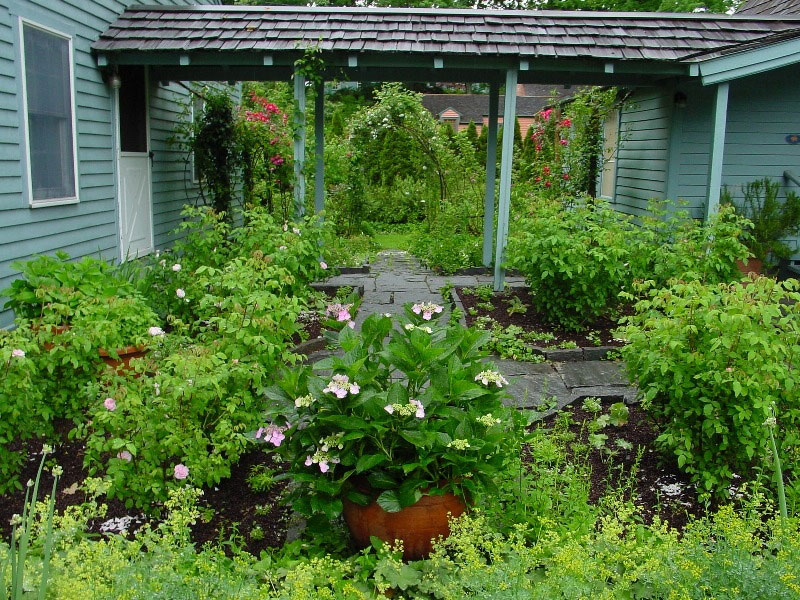 The Glebe House, built about 1740, is furnished with period furniture including a wonderful collection of furniture made in Woodbury during the 18th century. The house is architecturally interesting, with an unusual combination of gambrel and saltbox roof styles.

In 1926, the famed English horticultural designer and writer Gertrude Jekyll was commissioned to create an "old fashioned" garden to enhance the newly created museum. Miss Jekyll (pronounced jeek uhl) had a profound influence on modern garden design and is widely considered the greatest gardener of the 20th century. Although a small garden, when compared with the some 400 more elaborate designs she completed in England and on the continent, the Gertrude Jekyll Garden includes a classic English style mixed border and foundation plantings, and a planted stone terrace.

For reasons unknown today, the garden Miss Jekyll planned was never fully installed in the 1920s and its very existence was forgotten. After the rediscovery of the plans in the late 1970s the project began in earnest in the late 1980s and is now being completed according to the original plans.

The Gertrude Jekyll Garden is open year round, 7 days per week, dawn-dusk, for self-guided tours.