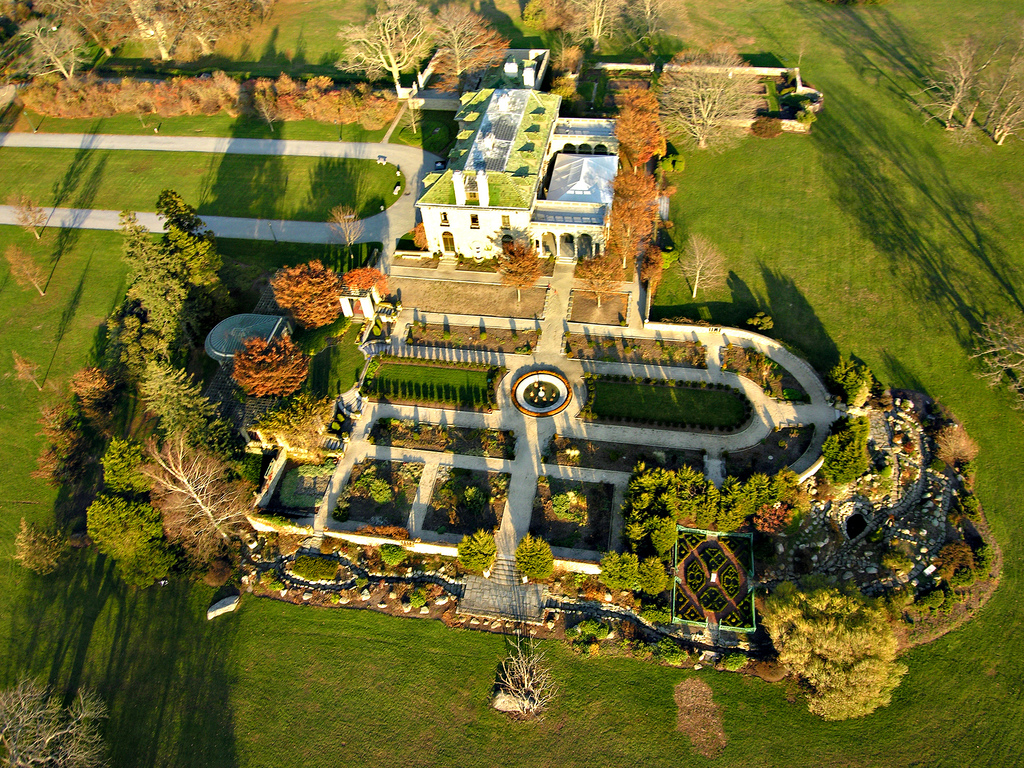 Harkness Memorial State Park is a historic preservation area with botanical garden and recreational features with panoramic views of Long Island Sound. The 42-room Renaissance Revival mansion of the Harkness family is set on over 230 seaside acres of sweeping lawns, with stately trees, formal gardens and greenhouses.

The mansion was designed by the New York architectural firm of Lord & Hewlett and constructed in 1906-1907. From 1918 to 1929, landscape designer Beatrix Jones Farrand made extensive improvements to the grounds, adding numerous formal gardens. The estate became part of the state park system in 1952. Eolia—The Harkness Estate was listed on the National Register of Historic Places in 1986 as a 220-acre historic district with 15 contributing buildings and two other contributing structures.

The park is managed by the Connecticut Department of Energy and Environmental Protection.