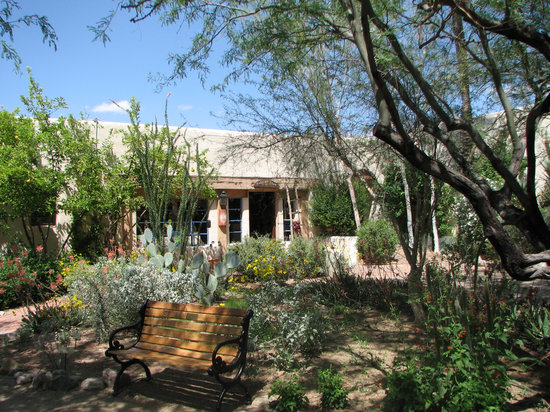 Tohono Chul is a botanical garden, nature preserve and cultural museum located in Casas Adobes, a suburb of Tucson, Arizona. The words "tohono chul" translate as "desert corner,"  from the language of the Tohono O’odham, the indigenous people of southern Arizona.

The 49-acre site offers thematic displays of its botanical collections which consist primarily of plants native to the Sonoran or Chihuahuan Deserts. They include more than 150 species of shrubs and trees; 300 species of cacti and succulents; and 50 species of wildflowers. In addition, Tohono Chul has the largest private collection of native Night-blooming Cereus.  Handicap-accessible paths meander throughout the grounds.

Thirty-eight species of birds make their permanent home here while another 57 migrant species visit seasonally, and a variety of reptiles and mammals, from Gila monsters to bobcats, may be spotted on the grounds.