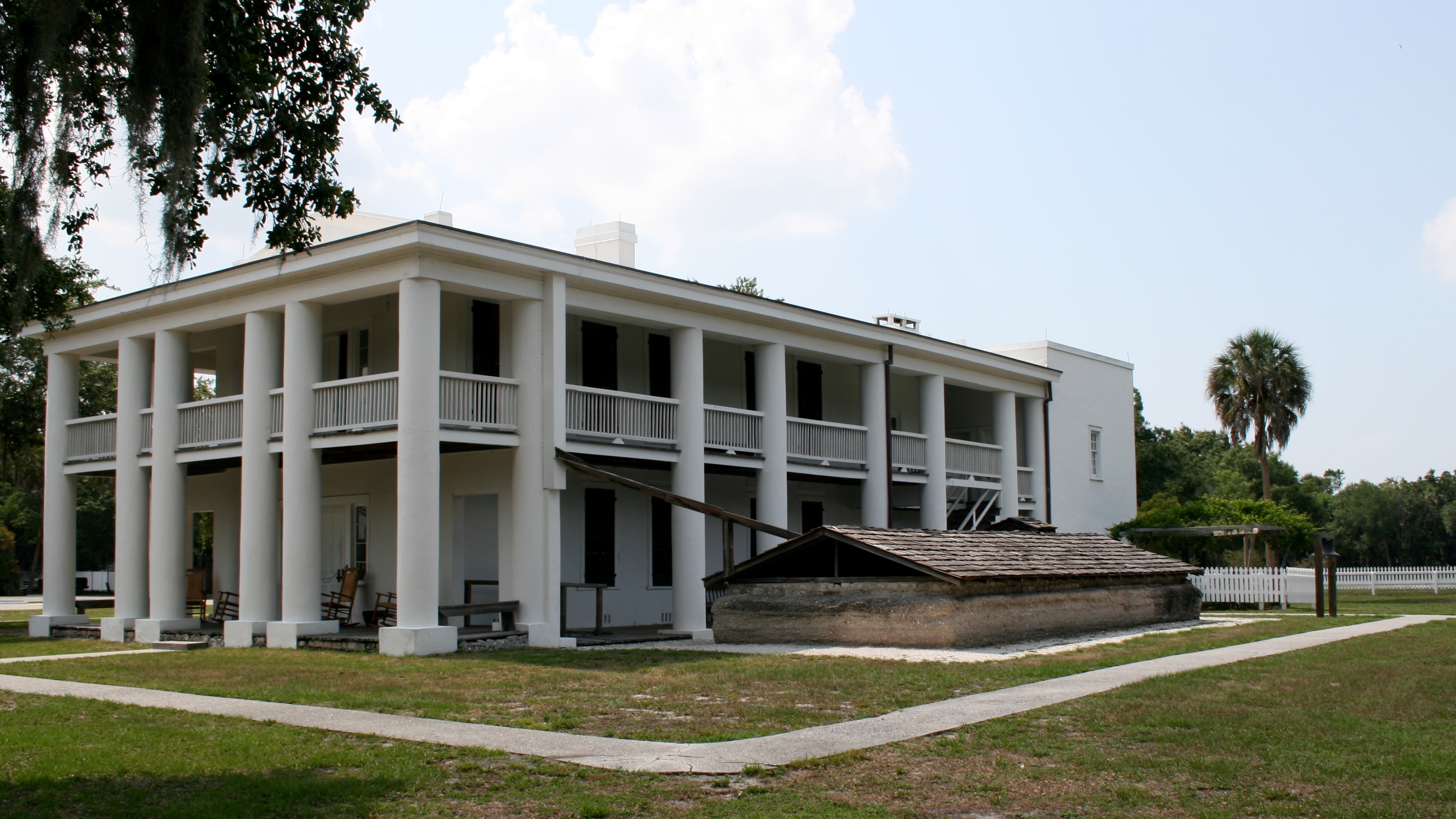 The stately antebellum mansion was home to Major Robert Gamble and headquarters of an extensive sugar plantation. It is the only surviving plantation house in South Florida, and it is thought that Confederate Secretary of State Judah P. Benjamin took refuge here after the fall of the Confederacy until his safe passage to England could be secured.

In 1925, the house and 16 acres were saved by the United Daughters of the Confederacy and donated to the state. The mansion has been restored and is furnished in the style of a successful mid-19th century plantation.  The columns and two-foot-thick walls are constructed of tabby, a regional material developed as a substitute for brick. Adjacent to the house is a 40,000-gallon cistern that provided the household with fresh water;

Guided tours of the house are given six times a day, Thursday through Monday, and there are picnic tables on the grounds.
No entrance fee is required to enter this park, but there is a fee for tours.