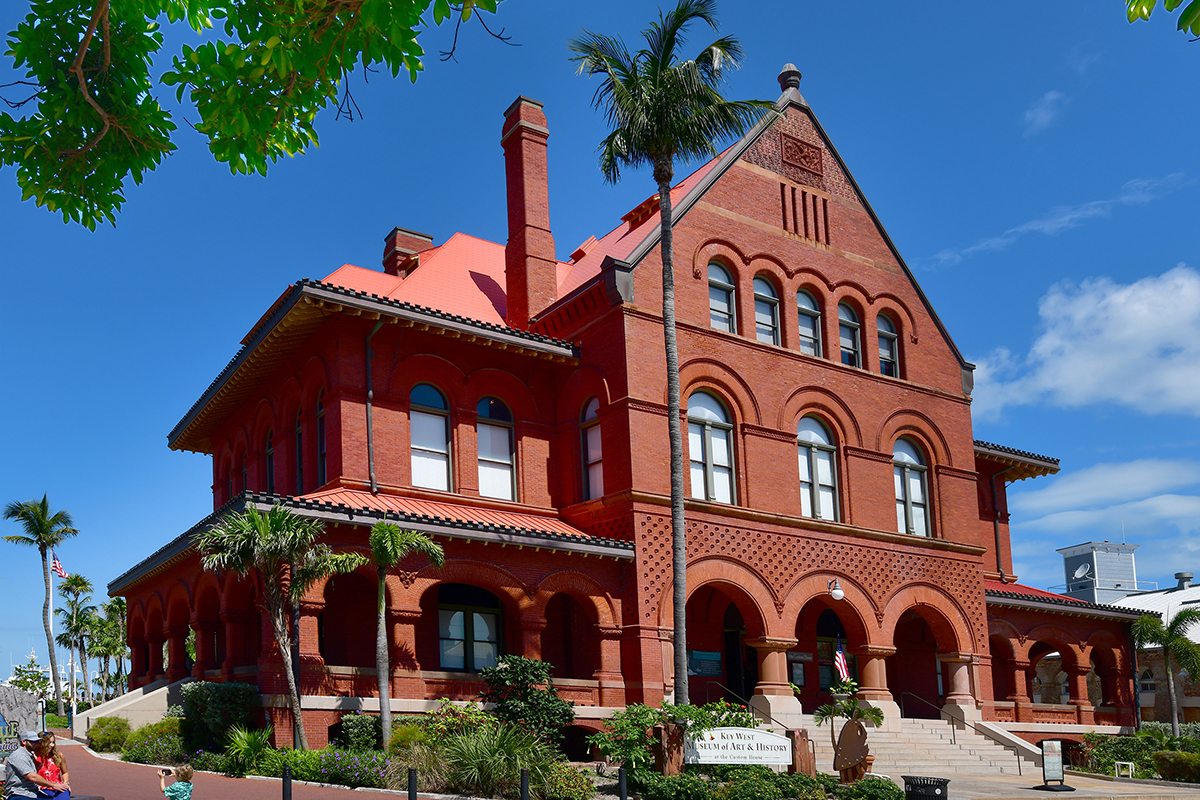 Originally home to the island’s customs office, postal service, and district courts, this four-story architectural marvel was built to keep pace with the increasing population and wealth accumulating from Key West’s lucrative trade routes and maritime industries. The imposing structure is a tremendous exemplar of Richardsonian Romanesque architecture which was typical for Federal building projects near the end of the 19th century.

In 1932, the building transferred to the U.S. Navy and became headquarters for their Caribbean and Gulf of Mexico operations. When the Navy no longer required use of the building, it was declared surplus and abandoned for nearly twenty years. The Custom House was eventually purchased by the State of Florida’s Land Acquisition Advisory Council in 1991 and leased to the Key West Art & Historical Society for use as a museum.​

Today, “Old 91” has been faithfully restored and stands on the harbor as a national landmark, an award-winning museum and official headquarters of the Key West Art & Historical Society. Experience two floors of exhibitions that weave together two centuries of history, art, people, and events.​