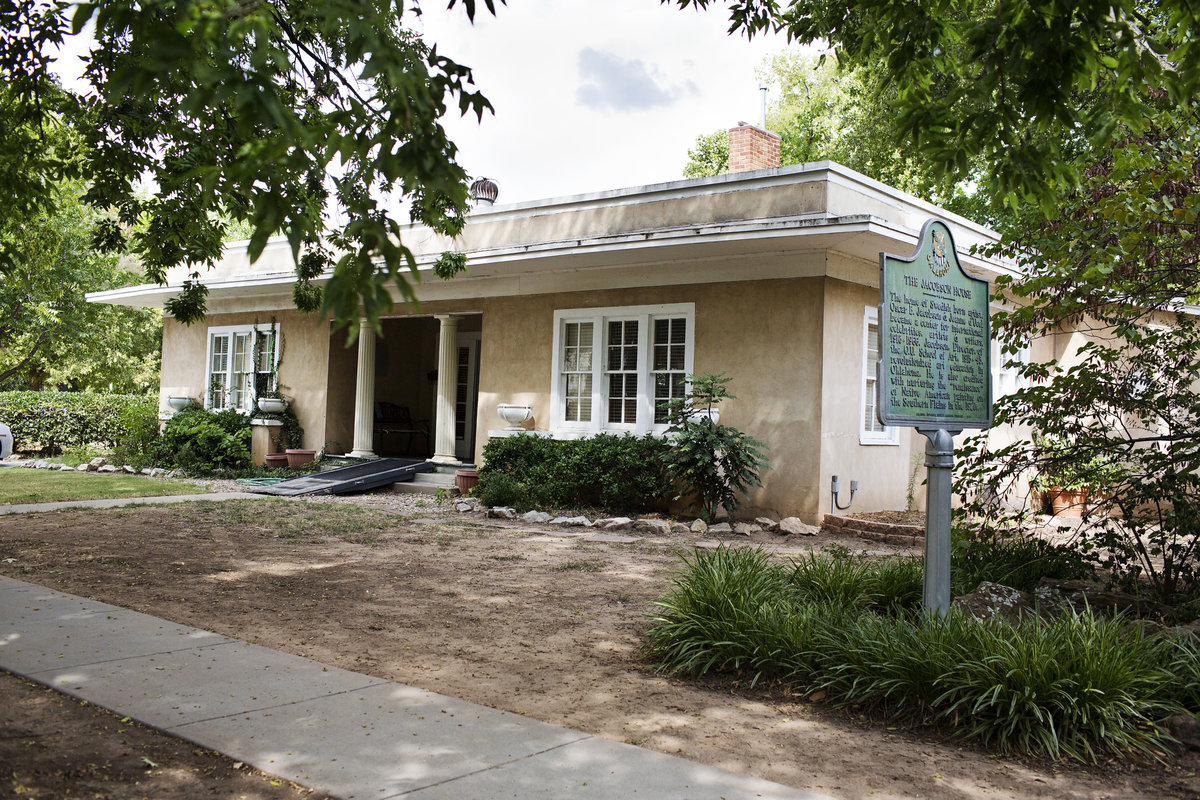 The Jacobson House Native Art Center is in the former residence of the Jacobson family. By bringing art exhibitions, cultural activities, lectures, workshops, and educational events to the public, the Jacobson House continues a legacy begun by the Jacobsons and their Native American artist colleagues.

The Jacobson Foundation was incorporated as a nonprofit 501(c) 3 organization in 1986.The Foundation, through the Jacobson House Native Art Center and legacy of the Kiowa Six and Oscar Jacobson, engages the power of Native American art to create a cross-cultural bridge among diverse peoples through educational exhibitions, programs, and events celebrating Native American cultures.

Also in 1986, the Jacobson House was placed on the National Register of Historic Places because of its unique architecture and role in the evolution and success of art in Oklahoma. Now on the Oklahoma Historical Society’s Landmarks List, the house is documented with a state historical marker. Arrell Morgan Gibson, the Oklahoma historian, referred to the Oscar Jacobson legacy as “a preservation imperative.”

OSCAR BROUSSE JACOBSON was director of the School of Art at the University of Oklahoma (OU) in Norman, Oklahoma from 1915 until 1954. He lectured American Indian art, curated group shows, and promoted Native artists throughout the United States and Europe. During the Great Depression, Jacobson secured commissions for Native American artists to painted murals through the Works Progress Administration’s Federal Art Project, several of which survive today. In addition, Jacobsen was a respected painter in his own right.