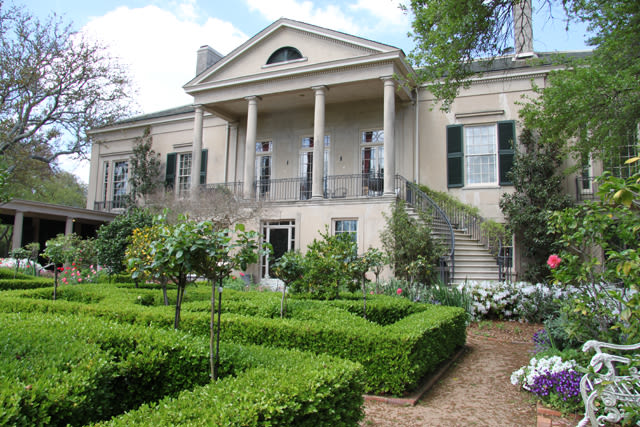 An oasis of elegant beauty set on eight acres, Longue Vue is one of the last great American houses to be built during the Country Place Era, taking three years (1939-1942) to build. Landscape architect Ellen Biddle Shipman began designing Longue Vue’s gardens in 1935 and continued until her death in 1950. Longue Vue House and Gardens is a model of the fashionable, but conservative, taste of wealthy Americans during the 1930s and 40s and a way of life that has all but disappeared.

The house consists of three stories and a basement, an unusual feature of New Orleans where most of the city is below sea level. Visitors tour 20 rooms in the main living spaces of the house. The house contains its original furnishings of English and American antiques; European and Eastern European carpets; Modern and Contemporary art; collections of needlework, chintz, haute couture and ethnic costumes; Chinese and European export porcelain; Staffordshire transferware; and wares from Wedgwood, Leeds and other British and continental potteries.

The art collection includes numerous works by Vasarely, and a other artists working in early 20th century art movements, including the “Op” and “Kinetic” styles of the 1960s and 1970s. These artists include Kandinsky, Pablo Picasso, Naum Gabo, Robert Michel, Henri Laurens, Jaacov Agam, Jean Arp, Barbara Hepworth, and Jésus Soto. The permanent collection of art is augmented with several traveling exhibitions each year.

The gardens include the Walled Garden, the Pan Garden, the Spanish Court, a wild garden, a 1/2-acre children's Discovery Garden.​ Garden tours are self-guided so that you may move at your own pace.