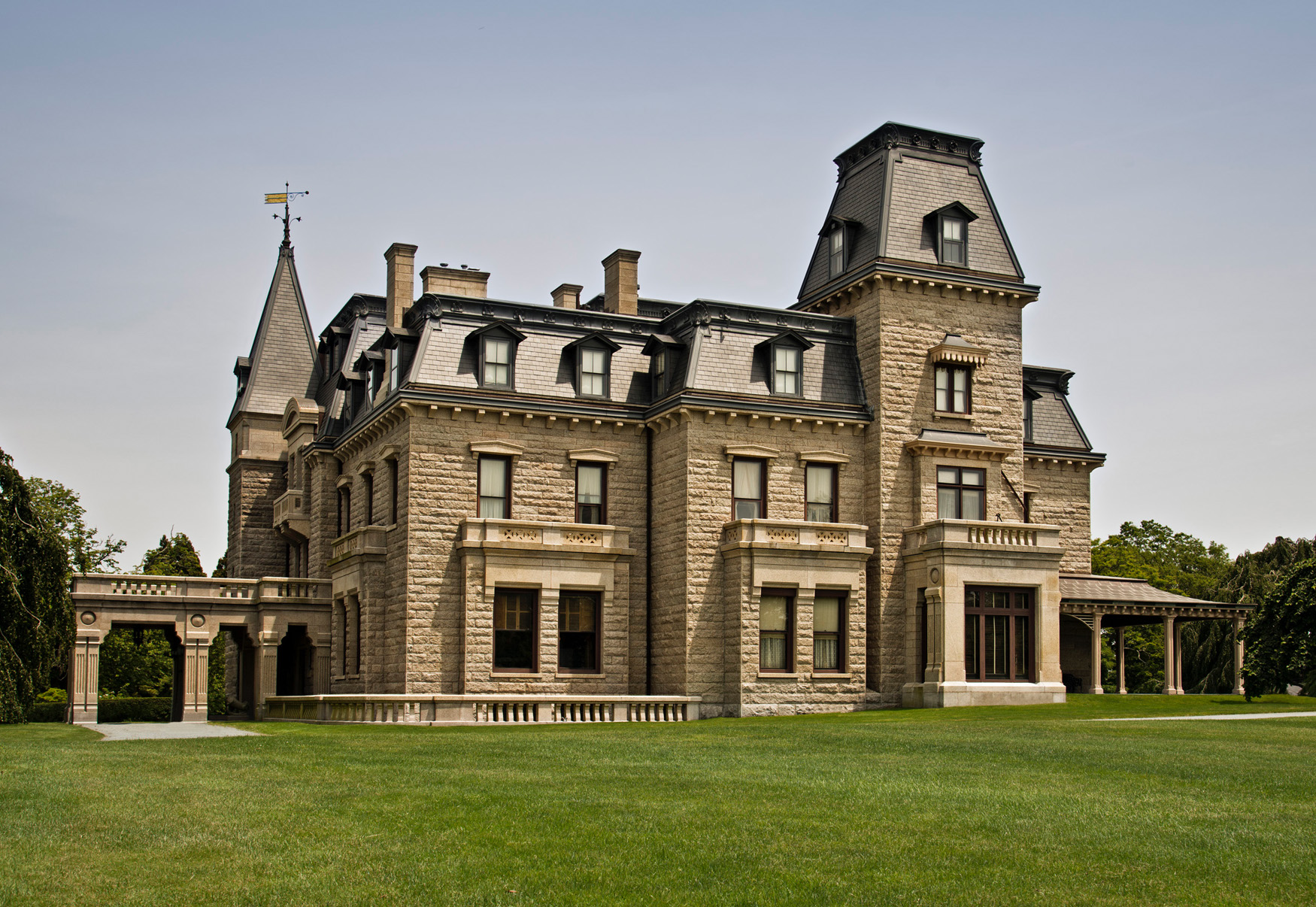 Chateau-sur-Mer is a landmark of High Victorian architecture, furniture, wallpapers, ceramics and stenciling. It was the most palatial residence in Newport from its completion in 1852 until the appearance of the Vanderbilt houses in the 1890s.

It was the scene of memorable entertainments, from the "Fete Champetre", an elaborate country picnic for over two thousand guests held in 1857, to the debutante ball for Miss Edith Wetmore in 1889.

Chateau-sur-Mer was built as an Italianate-style villa for China trade merchant William Shepard Wetmore, but his son and heir commissioned architect Richard Morris Hunt remodel and redecorate the house in the Second Empire French style. As a result, Chateau-sur-Mer displays most of the major design trends of the last half of the 19th century.

The house was purchased by the Preservation Society in 1969. In 2006 it was designated a National Historic Landmark.