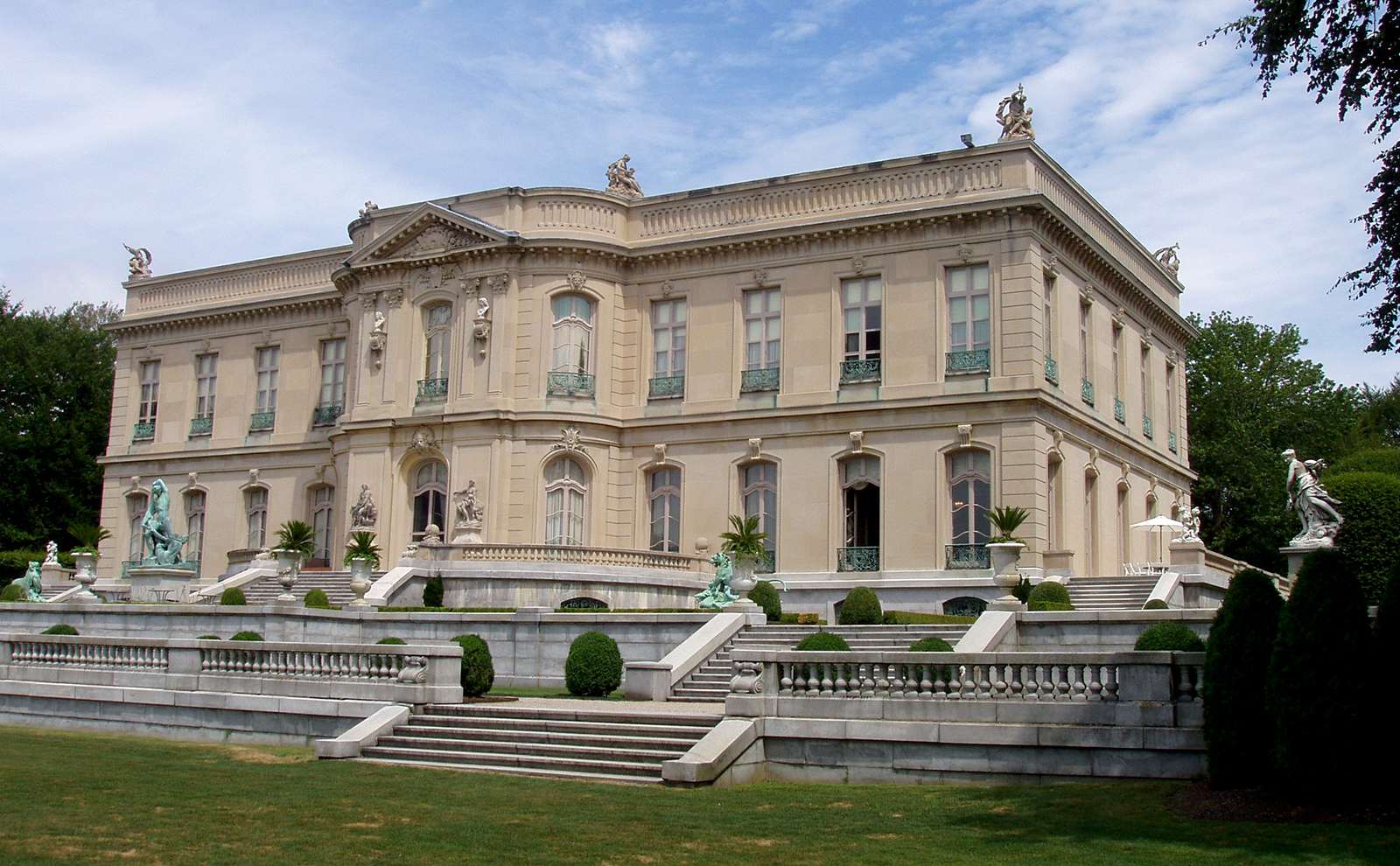 The Elms was the summer residence of Mr. and Mrs. Edward Julius Berwind of Philadelphia and New York. Mr. Berwind made his fortune in the coal industry. In 1898, the Berwinds engaged Philadelphia architect Horace Trumbauer to design a house modeled after the mid-18th century French chateau d'Asnieres (c.1750) outside Paris.

Construction of The Elms was completed in 1901 at a cost reported at approximately $1.4 million. The interiors and furnishings were designed by Allard and Sons of Paris and were the setting for the Berwinds' collection of Renaissance ceramics, 18th century French and Venetian paintings, and Oriental jades.

The elaborate Classical Revival gardens on the grounds were developed between 1907 and 1914. The recently-restored gardens include terraces displaying marble and bronze sculpture, a park of fine specimen trees and a lavish lower garden featuring marble pavilions, fountains, a sunken garden and carriage house and garage.

The Preservation Society of Newport County purchased The Elms in 1962 and opened the house to the public. In 1996, The Elms was designated a National Historic Landmark.​