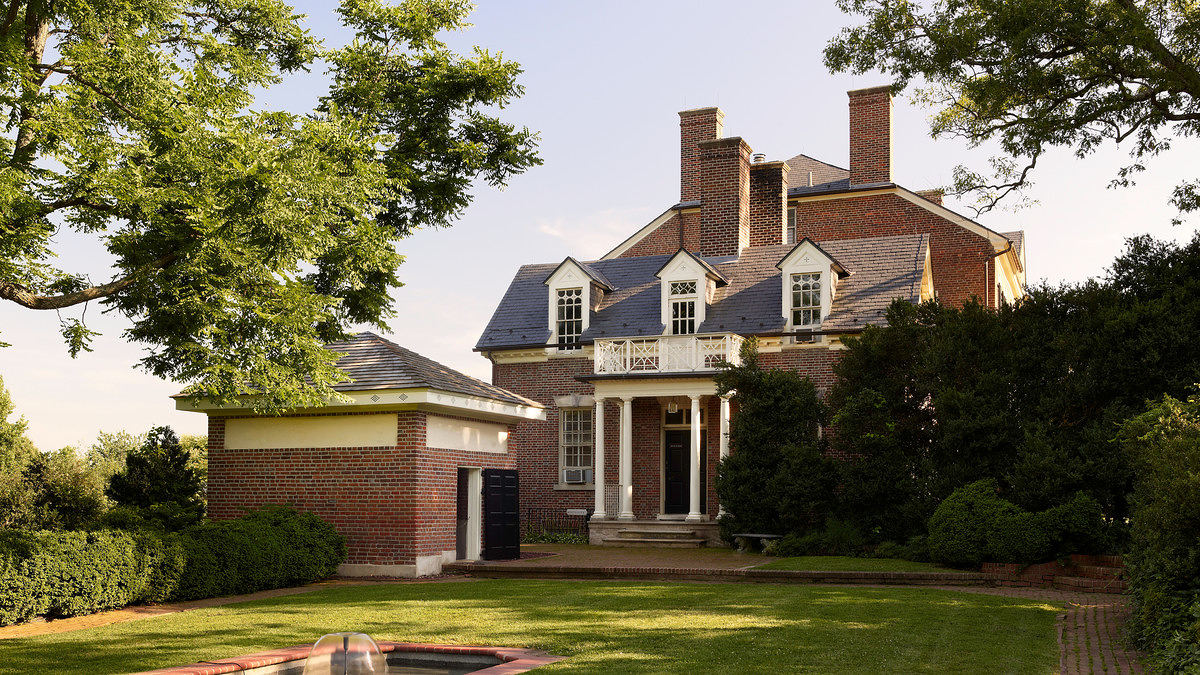 Woodlawn is a 126-acre estate that was originally part of George Washington’s Mount Vernon. The main Federal-style house was designed by the architect of the U.S. Capitol, Dr. William Thornton, and constructed between 1800 and 1805 for Washington’s nephew.

By the turn of the 20th century, Woodlawn was sadly deteriorated and only saved through the efforts of Elizabeth Sharpe, a Pennsylvania coal heiress. In 1952, Woodlawn became the first historic site owned by the National Trust. Frank Lloyd Wright’s Pope-Leighey House, scheduled for demolition due to widening of Interstate 66, was donated to the National Trust in 1964 and relocated to the grounds of Woodlawn.  The two residences on the property—one a Federal-style mansion, the other a groundbreaking Usonian house—make the estate one of the most unusual historic sites in the country.

The site is also home to the non-profit farm, Arcadia Center for Sustainable Food & Agriculture.

All visitors must be accompanied by a guide while visiting the site.