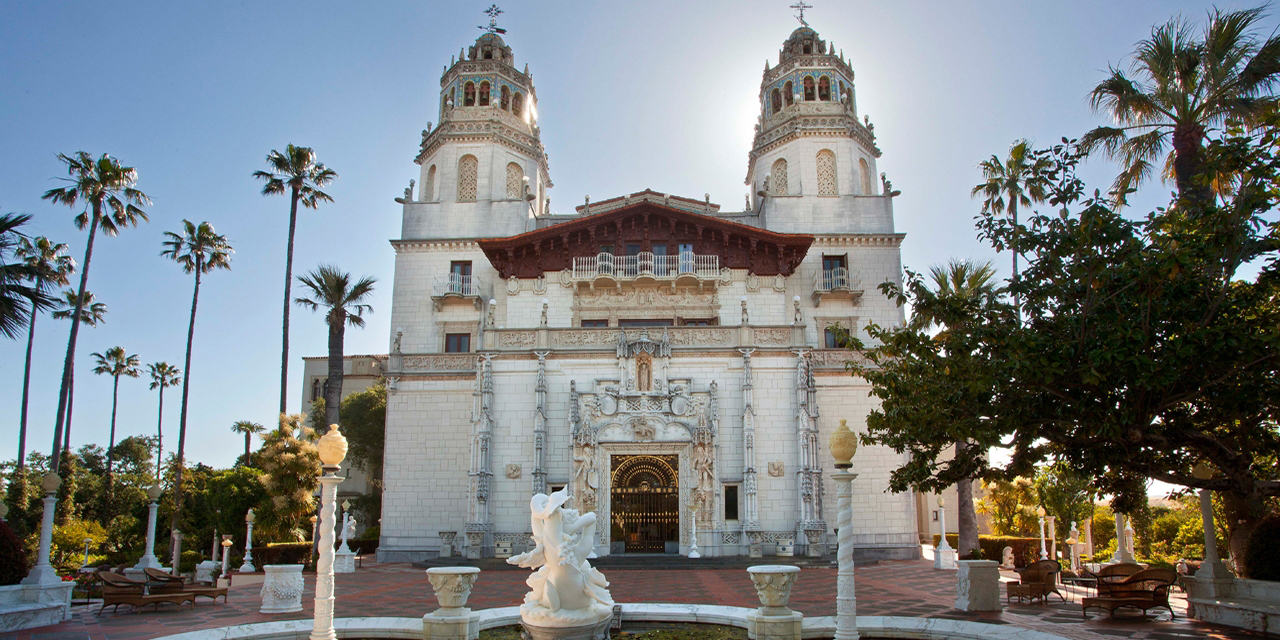 Conceived by William Randolph Hearst, the publishing tycoon, and his architect Julia Morgan, it was built between 1919 and 1947. Known formally as "La Cuesta Encantada" (The Enchanted Hill), and often referred to simply as San Simeon, Hearst called his castle “the ranch".

By 1947, the hilltop complex included a twin-towered main building, three sumptuous guesthouses, and 127 acres of terraced gardens, fountains, and pools.

Julia Morgan was an architectural pioneer. She was the first woman to study architecture at the School of Beaux-Arts in Paris, the first to have her own architectural practice in California and the first female winner of the American Institute of Architects Gold Medal. Working in close collaboration with Hearst for over twenty years, the castle at San Simeon is her best-known creation.