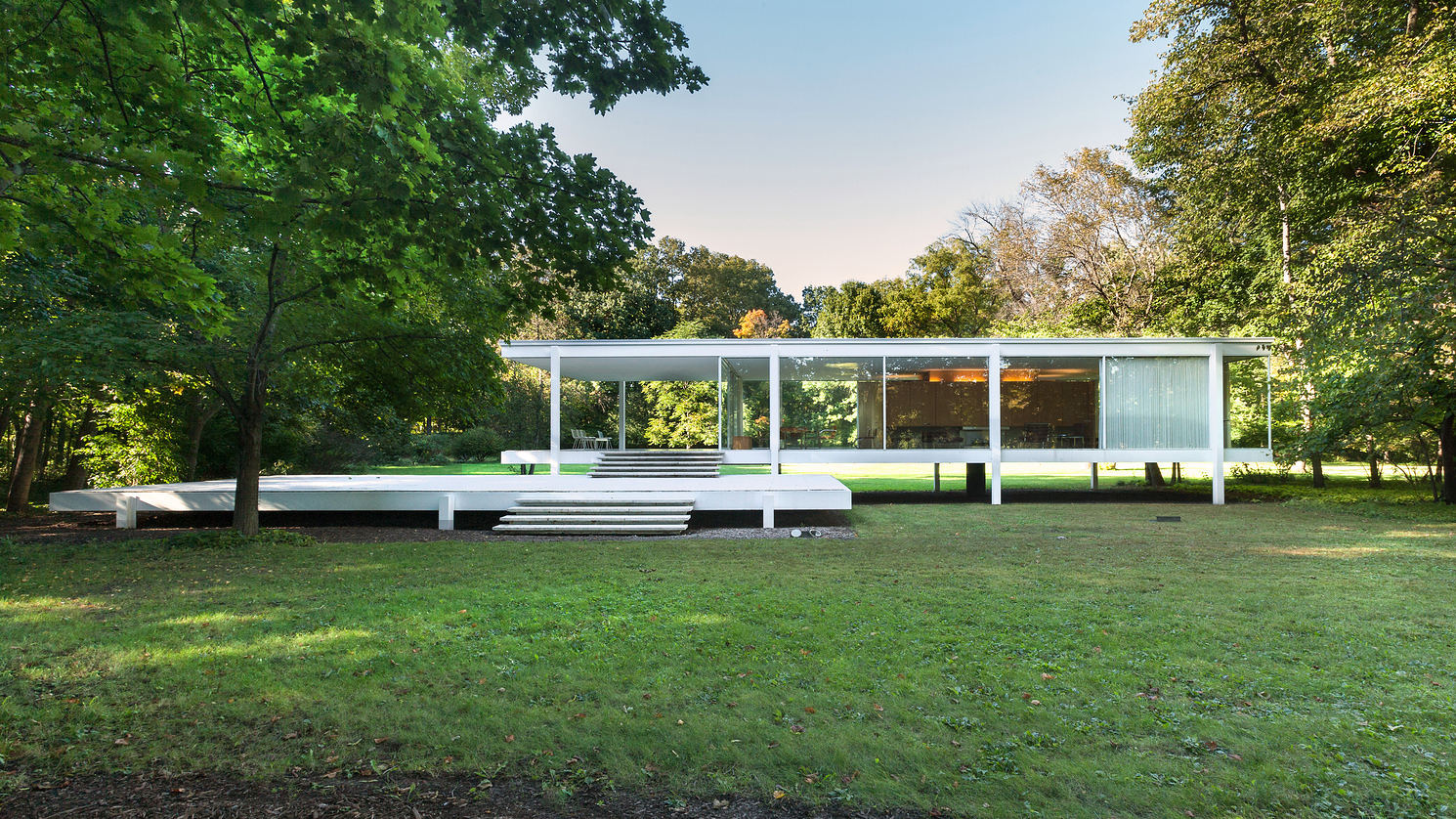 The Farnsworth House, designed and built between 1946 and 1951 by architect Mies van der Rohe, is recognized as an iconic masterpiece of the International Style of architecture, and has National Historic Landmark status. Located 58 miles southwest of Chicago, the glass and steel house is set within a natural landscape on a 62-acre parcel located along the Fox River. The one-room weekend retreat was designed for a prominent Chicago nephrologist, Dr. Edith Farnsworth, as a place to relax, entertain, and enjoy nature.

After Dr. Farnsworth's retirement to Italy, the home was purchased by Lord Peter Palumbo, a British developer, art collector, and architecture connoisseur, who opened the house and property to limited public tours.

Farnsworth House stands as a metaphor for the fragile union between man, art, and nature: a balance of the controlled and uncontrollable and of the physical, intellectual, and aesthetic. Beyond architecture, Farnsworth House offers immersive programs highlighting the relationship of the house with its natural setting, the stories of people associated with its creation and stewardship, and how it continues to influence the worlds of art and design.
The significance of the Farnsworth House was recognized even before it was built. In 1947 a model of the Farnsworth House was exhibited at the Museum of Modern Art in New York. Describing it, along with the unbuilt Resor House, as a “radical departure from his last European domestic projects,” Philip Johnson noted that it went further than the Resor house in its expression of the floating volume: “The Farnsworth house with its continuous glass walls is an even simpler interpretation of an idea. Here the purity of the cage is undisturbed. Neither the steel columns from which it is suspended nor the independent floating terrace break the taut skin.”

In the actual construction, the aesthetic idea was progressively refined and developed through the choices of materials, colors and details. While subsequent debates and lawsuits sometimes questioned the practicality and livability of its design, the Farnsworth House would increasingly be considered, by architects and scholars alike, to constitute one of the crystallizing and pivotal moments of Mies van der Rohe’s long artistic career.
Farnsworth House is open April through November.