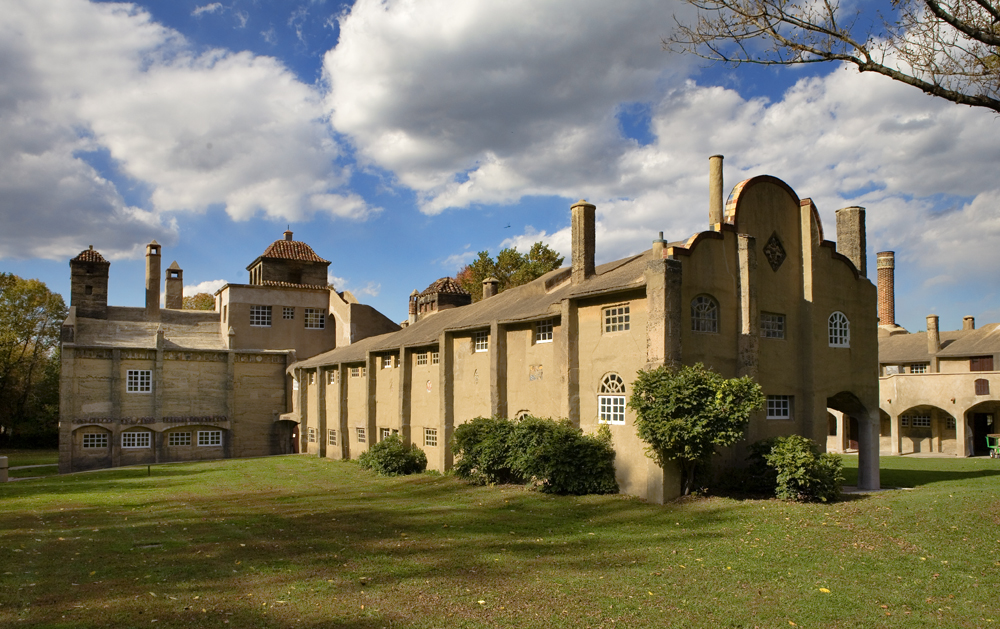 The Moravian Pottery & Tile Works was individually listed on the National Register of Historic Places in 1972,[1] and was later included in a National Historic Landmark District.

Handmade tiles are still produced in a manner similar to that developed by the pottery's founder and builder, Henry Chapman Mercer. Tile designs are reissues of original designs. Mercer was a major proponent of the Arts and Crafts movement in America. He directed the work at the pottery from 1898 until his death in 1930.

Tours are offered every half-hour and consist of a brief video followed by a self-guided walk through the facility.

Fonthill, Mercer Museum and Moravian Pottery and Tile Works is a National Historic Landmark District located Bucks County PA. It consists of three properties built by Henry Chapman Mercer (1856-1930) in a distinctive application of the principles of the Arts and Crafts movement, which are also notable for the early use of poured concrete. All three are now museum properties of the Bucks County Historical Society. The landmark designation for the group was made in 1985; each property is also individually listed on the National Register of Historic Places.