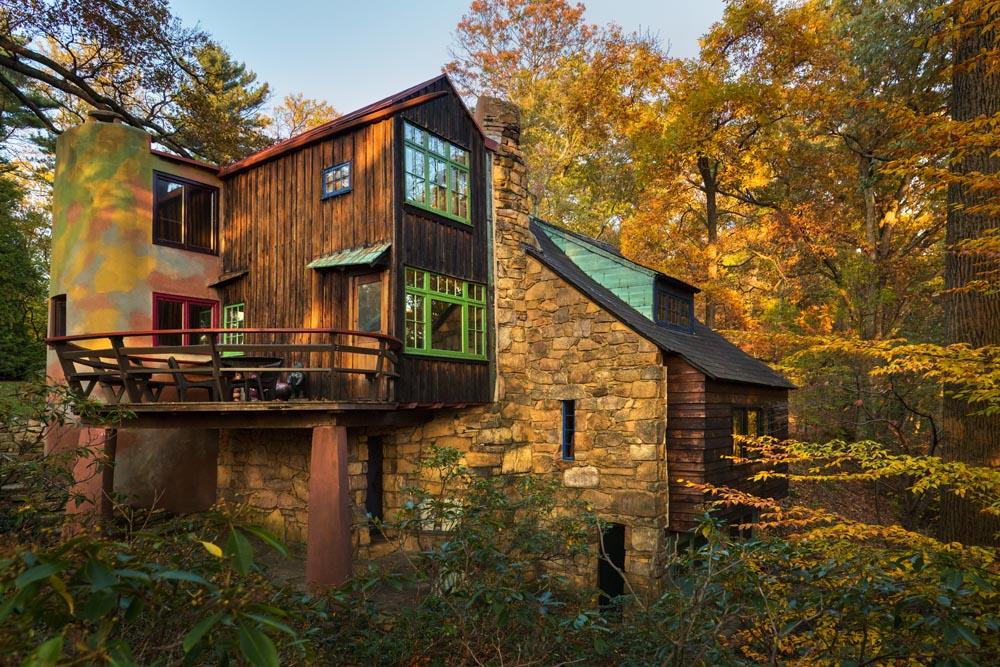 The Wharton Esherick Museum celebrates and preserves the legacy of American artist Wharton Esherick, who worked primarily in wood to create furniture, furnishings, utensils, interiors, buildings and more.  More than 300 of his works are exhibited.

Set on 12 wooded acres atop Valley Forge Mountain, the Museum campus is comprised of multiple buildings including Wharton Esherick’s Studio, which is now the centerpiece of the Museum. Esherick’s highly individual, hand-built Studio was constructed over a 40-year period beginning in 1926, incorporating Arts and Crafts, Expressionist, and organic designs. Two years later Esherick began his 1928 Expressionist garage, now our Visitor Center. In 1973, just one year after its official opening as a museum, the Studio was added to the National Register of Historic Places. In 1993, the Museum was designated a National Historic Landmark for Architecture.

Though not currently available for regular tours, Esherick’s 1956 Workshop, designed in collaboration with Louis Kahn, is also a part of our campus and a treasured piece of our landmark status.

The Wharton Esherick Home and Studio can only be visited by guided tours that must be reserved in advance.

The museum is closed during the months of January and February.