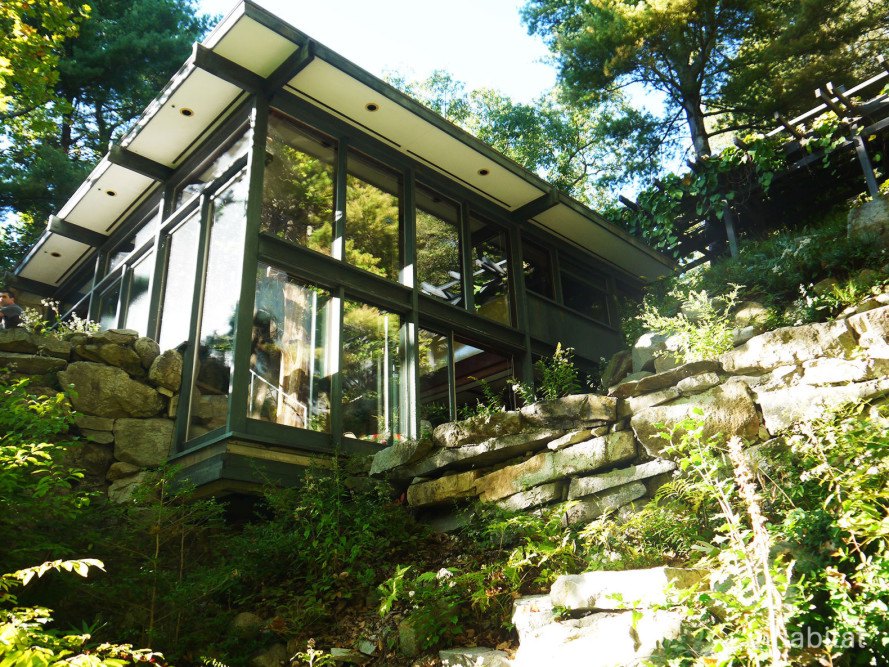 Approximately one hour north of New York City, Manitoga is the former home and 75-acre woodland garden of American industrial designer Russel Wright (1904-1976). Manitoga is a National Historic Landmark, an Affiliate Site of the National Trust for Historic Preservation, and one of the few 20th century modern homes with original landscape open to the public.​

Once a ravaged industrial site, Wright transformed Manitoga into a place of extraordinary beauty. After studying the site over many years, Russel Wright hired architect David Leavitt (1918-2013) to help him realize Dragon Rock, the name given to the House, Studio, and immediate quarry landscape. Leavitt, who had worked in Japan with architect Antonin Raymond, shared Wright’s appreciation of Japanese architecture and landscape design, evident in the House and Studio through scale, structure, intimacy, and details.

Viewing of the House & Studio is by guided tour only, during warmer months only.